UNDER THE RADAR: Arkadelphia’s Cannon Turner 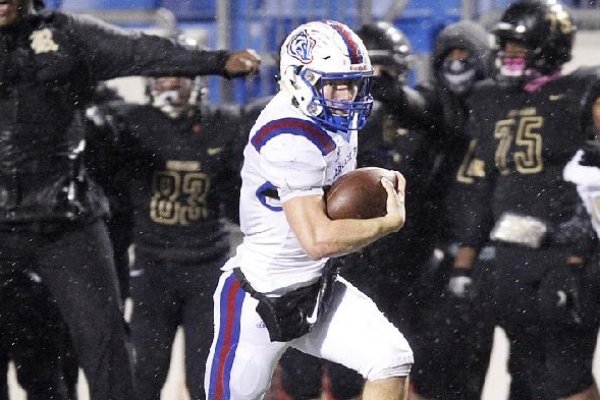 On Wednesdays we feature an in-state prospect who could be flying under the radar of college coaches. This week's UTR football prospect is Arkadelphia’s Cannon Turner.

On defense, Turner has 7 tackles and 2 interceptions, and he has also returned 6 kickoffs for 183 yards and 1 touchdown.

“He’s started for Arkadelphia since he was a ninth grader. This will be his 47th start as a football player. I think it would be hard to find anyone that's started (that many) games. He's a two-time state championship MVP. He could play any skill position on offense and he could play linebacker to corner on defense.

“He’s on the quiz bowl team and they won a state championship last year. If there’s one word to describe him, it’s a winner.”

Army has offered as a QB:

“I asked the Army recruiter, I said, ‘What has taken you guys from being a four-win team to three 10-win seasons in a row?’" Eldrige said. "The guy said, 'We started recruiting winners. So if there are guys that are similar athletes, we offer the kid that has that extra,' and I believe Cannon has that extra.”