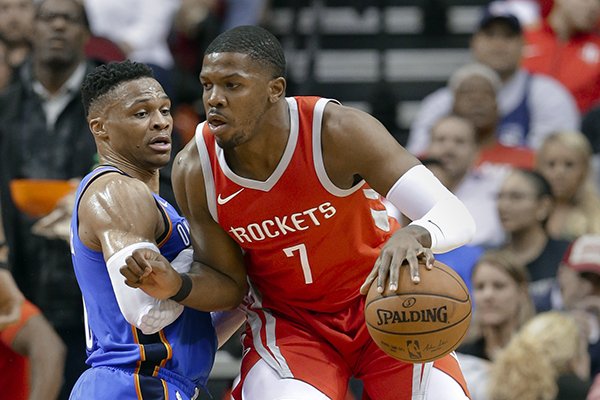 Joe Johnson is battling for a roster spot with the Detroit Pistons.

The former University of Arkansas Razorback is a 17-year veteran of the NBA who sat out last season, but he had a great showing in the Big 3 league over the summer.

Pistons Coach Dwane Casey indicated he thought Johnson still had a lot of game left in him, especially if the game is on the line.

The final roster spot likely will come down to Johnson and Christian Wood, a 6-10 power forward.

Wood, 24, has played for four different teams in three NBA seasons, and he has seen action in a total of 51 games.

He signed two maximum contracts during his career, $70 million with the Atlanta Hawks in 2005, and in 2010 he re-signed with them for $123.7 million, making him the highest paid player in the NBA at the time.

Johnson has invested his money well, and is trying to play again for the love of the game.

The odds on who will win the Heisman Trophy this season are getting more interesting.

Alabama’s Tua Tagovailoa remains the favorite and is currently at 3-2.

Last week, Oklahoma’a Jalen Hurts was second at 9-5, but LSU’s Joe Burrow had another great game that launched him into the No. 2 spot.

All three are playing for teams that are undefeated, although that will obviously change when LSU travels to Alabama on Nov. 9.

Here’s a quick look at some very impressive stats:

Tagovailoa has completed 113-of-148 passing for 1,718 yards and 23 touchdowns. He has zero interceptions. He has rushed for two touchdowns.

Hurts — who transferred from Alabama, where he won a national championship — has completed 82 of 109 passes for 1,523 yards and 14 touchdowns. He has two interceptions. He also has rushed for 499 yards and seven touchdowns.

This race is going to get better and better.

As we head into the midway mark of this college football season, the argument to expand the College Football Playoff may never be stronger.

There are 16 undefeated teams, and half of those would be fun to watch in the playoffs.

Florida also is undefeated and will gain great respect if it can go into Death Valley and beat LSU on Saturday.

The Baylor Bears (5-0) may be the biggest surprise team after coming off a 7-6 season. They still have to play Oklahoma and Texas on back-to-back weekends, but both games are in Waco.

There’s a good chance SMU and Memphis will be undefeated when they meet on Nov. 2, but neither is a real threat to crack the playoffs. But since squeaking by Ole Miss 15-10 in their opener, the Tigers are winning by an average of 24 points per game.

Power 5 schools Wake Forest and Minnesota are undefeated as well, but Wake has to go to Clemson, and the Gophers face both Penn State and Wisconsin.

The current contract with ESPN is for four teams through 2026. Expansion won’t take that long.