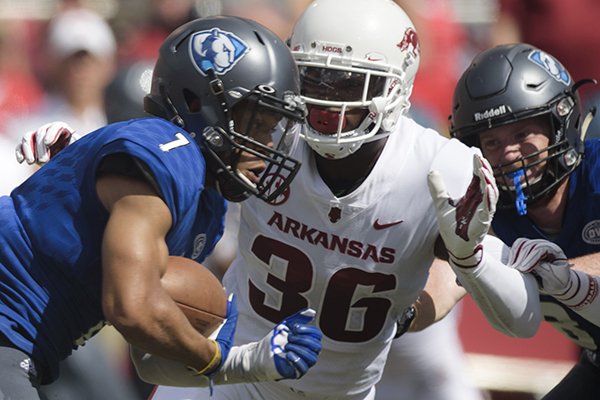 Razorbacks coach Chad Morris confirmed McClure’s departure Monday, saying McClure indicated that the decision was based on his desire to focus on academics and support his family. McClure has a son.

“From my communication with him it was him stepping away for family purposes,” Morris said. “That’s what he shared with me. He has not entered the transfer portal...as of me walking down here, or not that I’ve heard of.”

McClure, a redshirt junior, has played in 18 career games and has 37 career tackles. In six games this season, McClure had 11 tackles, a pass breakup and a quarterback hurry.

Prior to playing college football, McClure was a minor league baseball outfielder for the Cleveland Indians for four seasons. He committed to play baseball at Arkansas out of Jacksonville High School, but signed professionally after he was selected in the fourth round of the 2012 MLB draft.