Hog commit Darin Turner glad to be back at Arkansas 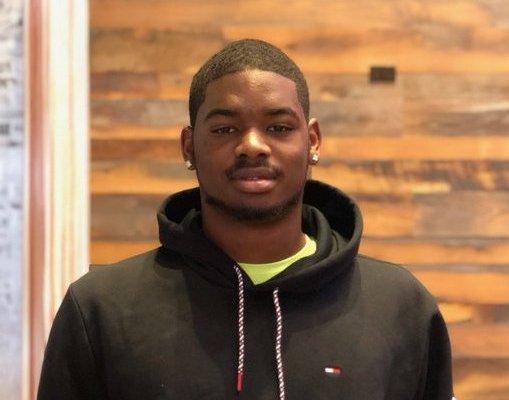 FAYETTEVILLE — Arkansas athlete commitment Darin Turner was glad to get back to Fayetteville for his official visit this weekend after visiting two other times.

“The visit went well,” Turner said. “I love it up here. Everything I expected it to be, it was. Everything went well.”

Turner, 6-4, 215 pounds, of Memphis Central, pledged to the Hogs in August after accumulating offers from Alabama, Auburn, Clemson, Louisville, Ole Miss, Mississippi State and others. He also visited Arkansas in March and in July for the Fall Kickoff Cookout.

The Arkansas staff and fan base are key reasons for his excitement to be a Razorback.

“The coaching staff is great,” Turner said. “The fan base is amazing and I’m excited to play with some of my teammates.”

“I just look at it as there’s stuff to be fixed,” he said. “No team is perfect. It’s small things.”

“I’ve been telling them to come,” said Turner of the Whitehaven trio. “But they’re a tough shell to crack, so just going to leave it up to them. I’m not going to beg them. Whatever is best for them.”

Turner could play receiver, safety or possibly even linebacker at Arkansas.

“They're kind of leaving it up to me,” Turner said. “Whatever position I feel like I need to play, I’ll play that position.”

He has 13 receptions for 204 yards, 3 touchdowns while having 11.5 tackles, a tackle for loss, 4 interceptions and 5 pass breakups at safety this season. ESPN rates Turner a 4-star recruit, the No. 18 wide receiver and No. 114 overall prospect in the nation for the 2020 class.

Turner sees his versatility as a plus.

“It’s good knowing I can play multiple positions,” Turner said. “I can’t be labeled just one position in case that position doesn't work out. I can play several others.”

He hung out with freshman receivers Trey Knox and Shamar Nash, who was a teammate of Turner at Memphis Central.

“Those two are my closest friends,” Turner said. “It went good. I felt comfortable. I like being around them and being around here and being in this environment. They showed me a good time.”

There’s a possibility he could take other visits.

“He’s a cool dude,” Turner said. “He was telling me what I needed to hear, not what I wanted to hear. He just basically broke it down to me. He said like no matter what win, draw or lose, the fan base is going to be here and the coaching staff is going to still believe in the team.

"They’re just rebuilding right now. Just having a rough season. He told me they need guys like us to come in and help the program.”