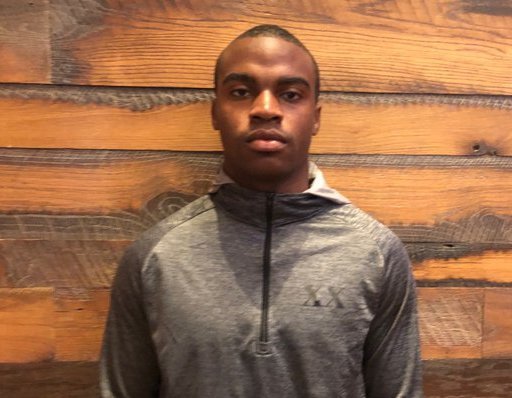 FAYETTEVILLE — Georgia Tech safety commitment Nick Turner made his first trip to Fayetteville for an official visit and the visit has Arkansas in the hunt for him.

"It was fun. Glad I got to get up here, meet the coaches, meet some of the players and talk about what's going on and how they're rebuilding up here,” Turner said. “Everything was sounding good in the locker room - the players, coaches and all of that was good."

Turner, 6-0, 186 pounds, of New Orleans Brother Martin, has been committed to the Yellow Jackets since June. He reportedly held offers from Penn State, Virginia, Baylor, Memphis, Tennessee, Texas Tech and others.

He liked the small-town vibe of Fayetteville.

"It's a small college town, so everybody knows everybody when you come to Arkansas,” Turner said. “I could see myself coming here because it's a small town.”

Going to coach Chad Morris’ home after Saturday’s loss to Auburn was the highlight of the visit.

"I think the coaches dinner at coach Morris' house was the funnest part,” he said. “They had real good food in there. I got to talk to most of the coaching staff, a lot of the players came in and I talked to them. I had some fun at the pool house with coach Morris and his family. It was pretty fun altogether.”

ESPN rates him a 3-star recruit and the No. 58 safety in the nation for the 2020 class. Turner said the Razorbacks made some headway with him.

"It puts them right behind, a close second,” Turner said. “So, I'll just keep in touch with all the coaches, keep an open mind and see what happens from there.”

He reports running a handheld time of 4.34 seconds in the 40-yard dash. Turner said the Arkansas staff is high on him because of his ability to run.

"They like my speed. I can run,” he said. “In the SEC you need corners and safeties that can run. They like that they can put me at any position - corner, safety, bring me down to the slot and cover those guys. So they like how I'm versatile."

He’ll make his final decision in a couple of months.

"I'm going to sign in December, so we'll what happens before then,” Turner said.

"I like Coach Coop. He's my guy,” Turner said. “I learned about him when he was at LSU coaching Tyrann Mathieu and those guys. I know if I get here he's going to coach me up real good."