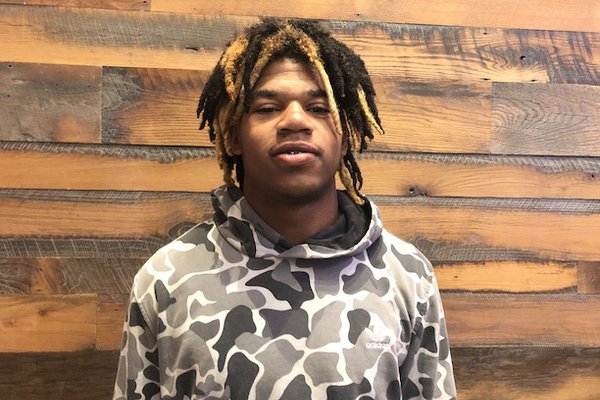 FAYETTEVILLE — Tamarion McDonald may be the last of three Memphis Whitehaven defenders to have been offered by Arkansas and Tennessee, but he knew if he kept working hard on and off the field those offers would come.

“I pretty much knew if I just took care of my business in the weight room and the field everything I wanted would come eventually,” McDonald said.

The three have a stated preference to play together in college whether it is at Arkansas, Tennessee, Mississippi State, Ole Miss or Memphis.

McDonald knew what Arkansas had to offer and was just interested in checking out a game day environment this visit.

“I was already comfortable with the coaches,” McDonald said of his third visit to Fayetteville this year. “I just wanted to chill with the players and check out the environment at the game. Fun and comfortable. I already knew how it was gonna be pretty much.”

He enjoyed visiting with the Razorback coaches and players.

“They treated us real good,” McDonald said. “I knew how it was gonna be. Obviously they need us and need help…They just want us to come in and be game changers - play right away.”

McDonald, whose hosts this weekend were Razorback wide receivers Trey Knox and Shamar Nash, received offers from Arkansas and Tennessee in a two-day span in late September.

It was a development that pleased Whitehaven head coach Rodney Saulsberry, who stressed that the offer was earned and not part of a package deal with French and Eason, who are both up for the high school version of the Butkus Award that honors the country’s top prep linebacker.

“It is true that Tamarion got started later than the other two in terms of playing and starting to get offers, but this season he has shown that he is a talent just like the others,” Saulsberry said. “This is not one of those situations where these schools are taking him just to get the others.

“All three can now go to any of those schools without the others, but I know they want to end up together if at all possible. It’s a blessing for all three.”

McDonald plays linebacker and safety for Whitehaven, which had a bye on Friday and is 6-1 this season. He would likely play a hybrid role at Arkansas under defensive coordinator John Chavis.