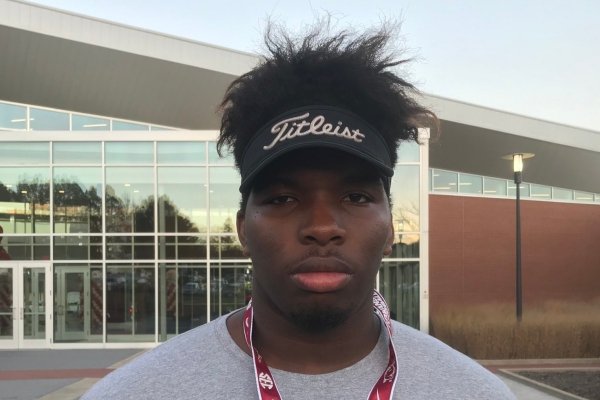 While most of his teammates listen to rap and rock music in the locker room prior to games, University of Arkansas offensive line commitment Ty'Kieast Crawford prefers old-school and modern-day country music.

"Some of them will be like, 'He's the whitest black boy I know,' " Crawford said. 'They'll say turn that mess down. It's funny. I keep it up. I turn it up louder."

His love for country music started when he was about 9 years old.

"To me, country is way better than rap," Crawford said. "I can tell you right now every Conway Twitty, Luke Combs, Alan Jackson song."

"I listen to Luke Combs, and I throw in some Conway Twitty every now and then," Crawford said. "Luke Bryan and Upchurch. I have to get the songs that get popping. Some Blake Shelton, too."

The ESPN four-star prospect is also rated the No. 24 offensive tackle and the No. 185 overall prospect.

He likes the stories told through the music.

"I just developed a love for it ... because it has a meaning to it," Crawford said. "There's always a story inside of each country song."

Locker rooms often have music piped in before and after practice, but Crawford said his favorite tunes aren't on the play list, but he's OK with that.

"No, they never do that," Crawford said. "I have my headphones on."

The outgoing and personable Crawford said his family knows when he arrives.

"Whenever I pull up anywhere, they know it's me because I'm always playing country music," he said.

He almost has two cousins converted thanks to a new up-and-comer on the county music scene.

"They didn't really listen to country music, but they listen to it now because of Cody Johnson," Crawford said "He's an amazing artist. He's a new country singer."

His all-time favorite songs feature a solo by Twitty and a duet with Twitty and Loretta Lynn.

He likes to share his love for country music with others.

"Everybody is always asking for new music, and I always give them some new music to listen to," he said.

Crawford, who was recruited by associate head coach and running backs coach Jeff Traylor and offensive line coach Dustin Fry, has visited Fayetteville five times and was hoping to visit again for the Fall Kickoff Cookout in July, but he was unable to make it. He said his next trip to Arkansas will come soon.