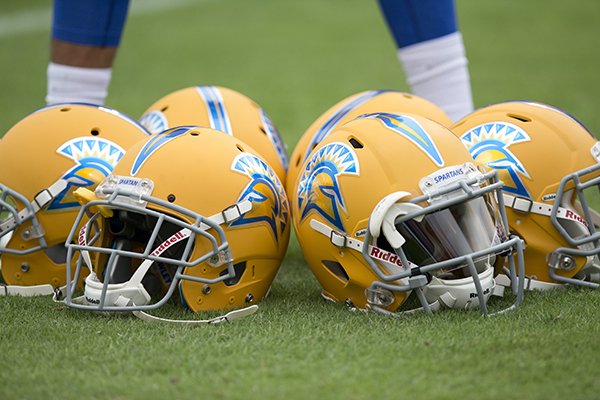 Arkansas' home game against San Jose State on Sept. 21 is scheduled to begin at 6:30 p.m. and will be televised by SEC Network, the Southeastern Conference announced Monday.

The Spartans are 1-1 this season and will enter the Arkansas game following an open weekend. San Jose State defeated Northern Colorado 35-18 in its season opener, but lost 34-16 at home to Tulsa on Saturday.

The game will be the first ever between the Razorbacks and Spartans.