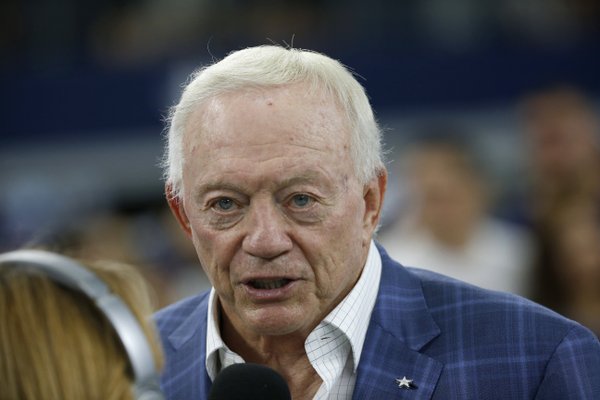 FAYETTEVILLE — Land donated by Dallas Cowboys owner Jerry Jones to the Razorback Foundation has been sold for $6 million, according to deed records.

The Northwest Arkansas Business Journal first reported the transaction, which involves property in southwest Fayetteville west of South Cato Springs Road and near the Interstate 49 intersection.

The Razorback Foundation is the nonprofit organization supporting University of Arkansas athletics. The foundation and the university in January 2015 announced the Jones gift of about 256 acres.

A warranty deed filed Sept. 4 lists the buyer of about 230 acres as South Cato Springs Holdings, an Arkansas-based entity.

“Right now, there’s no definite plans. We’re looking at that as a future place for development,” said Ashton McCombs, who’s listed in mortgage records for the site.

McCombs last year spoke before a Fayetteville city committee to describe a plan for new homes to support adults with autism, Down Syndrome and other neurological differences. McCombs said in June 2018 the nonprofit group he co-founded, SLS Community, had a concept for a “town square,” with training and retail spaces to support people living on site and others.

McCombs declined to comment Tuesday if the land’s future development might involve SLS Community’s plan. He and his wife, Betts, founded the organization in 2016 and are parents of a young adult daughter with autism. McCombs is also president of Phigenics, a water management company.

Jones, a UA alumnus who was a captain for the undefeated 1964 Razorbacks football team, and his wife, Gene, donated the land in 2015 shortly after it was acquired. Records show a purchase price of $7.3 million in a December 2014 deal with Chambers Bank. The bank had taken over ownership in 2010 after an aborted residential and commercial subdivision known as SouthPass.

The land is near some 620 acres of city parkland opened in 2016 and known as Kessler Mountain Regional Park.

Scott Varady, executive director of the Razorback Foundation, didn’t respond to an email seeking comment about the transaction.