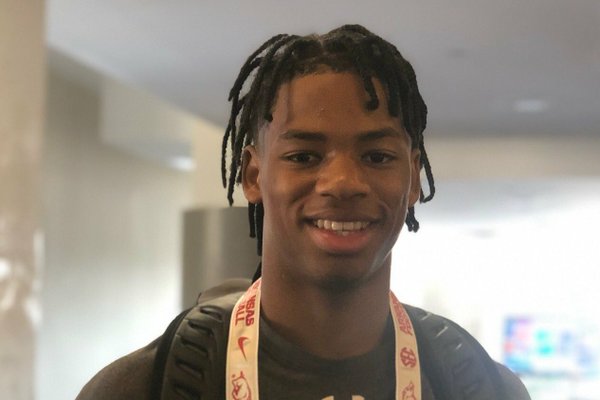 A day after Arkansas lost to 20-point underdog San Jose State, cornerback Jamie Vance reopened his recruiting. Vance was committed to the Razorbacks since February.

He made an unofficial visit to Fayetteville on Feb. 23-24 and pledged to the Hogs two days later. Vance made his official visit in April.

He was a high school teammate of Razorback freshman cornerback Devin Bush. Vance was the lone cornerback committed to Arkansas. The Razorbacks now have 15 commitments for the 2020 class. 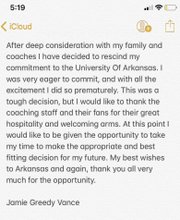 CB Jamie Vance announced he was reopening his recruiting. + Enlarge