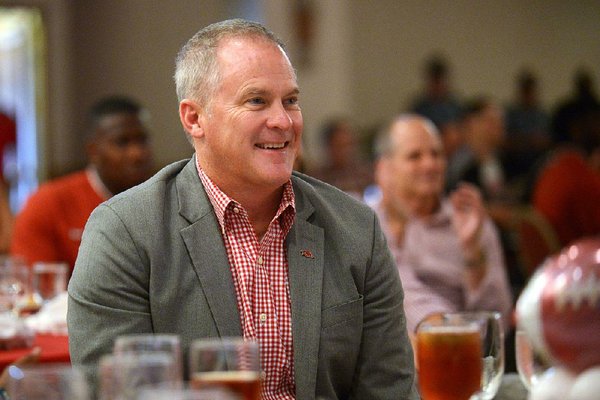 Hunter Yurachek, director of athletics at the University of Arkansas, is shown in this 2018 file photo.

The Spartans defeated the Hogs 31-24 on Saturday at Reynolds Razorback Stadium, a game that Arkansas had been favored to win.

“When you put your livelihood in the hands of 18-to-22-year-olds that’s sometimes what you get,” Yurachek said. “Games that you should win.”

Yurachek said he didn’t want to put the blame on the players, however, adding that victories also require concerted efforts from the team’s staff.

Though Yurachek said he expects the Razorbacks’ football program to continue improving, he said Saturday’s loss was a “step backwards.”

“The fact of the matter is right now as a football program here at the University of Arkansas we are not good enough that we [can] go out every Saturday and give our best and expect that we’re going to win,” he said. “We’re just not good enough.”