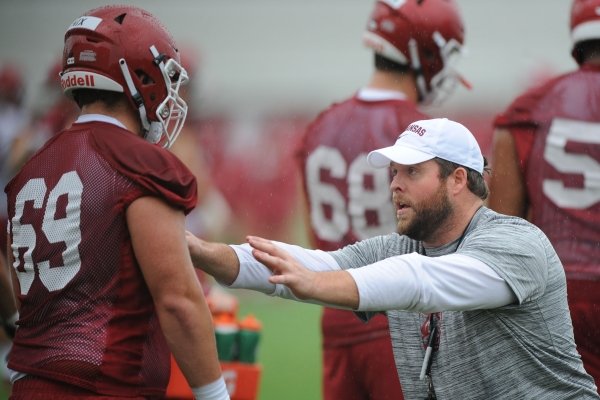 The Arkansas coaching staff will be visiting several Texas high school and attending games on Friday before the Texas A&M game on Saturday in Arlington.

Cornerbacks coach Mark Smith will visit Duncanville, Cedar Hill, Berkner, and Waxahachie during the day and attend the Duncanville-Berkner and Cedar Hill-Waxahachie games in the evening.