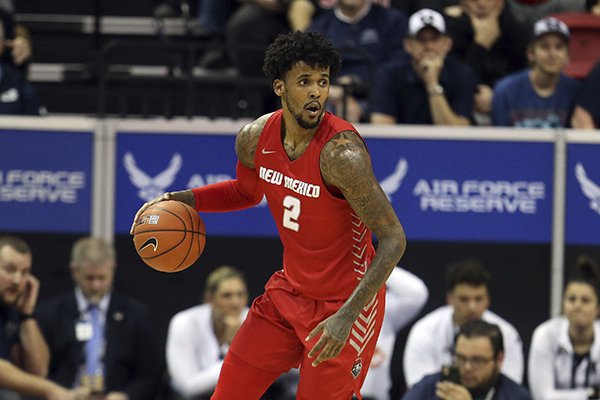 New Mexico forward grad transfer Vance Jackson will be finishing his career at Arkansas under the tutelage of a familiar face in Coach Eric Musselman.

“I was very familiar with Coach Musselman and his whole staff,” Jackson said. “They recruited me at Nevada when I transferred from UConn, so I’m already familiar and comfortable with the relationship we have and I didn't see a reason to delay.”

Jackson wanted to be a Razorback after competing against Nevada and Musselman in the Mountain West Conference.

“I had a chance to compete against them many times in the Mountain West when I was at New Mexico,” he said. “I loved their style of play and how hard they competed. Also this is my grad transfer year. This is my last chance to prepare for the next level, and I felt like Coach Musselman and the whole Arkansas Razorback staff would give me the best opportunity to do that.

"He’s proven to have tremendous success with players with the same position as me.”

Jackson played for Prolific Prep in Napa, Calif., and averaged 21.7 points and 6.8 rebounds as a high school senior. He was rated a 4-star prospect.