On this date in Razorback history, April 2 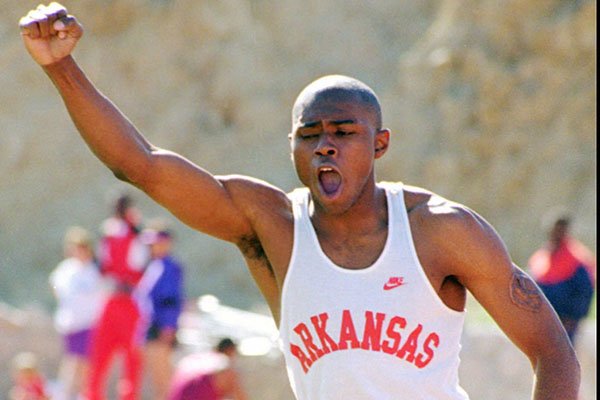 On the same day the Razorbacks’ basketball team defeated Arizona in Charlotte, N.C., to advance to its first national championship game, Arkansas’ Erick Walder made his own history some 1,650 miles away in El Paso, Texas.

Walder’s long jump of 28 feet, 8 1/4 inches broke the collegiate record previously set by Carl Lewis, the four-time Olympic gold medalist in the event. Lewis jumped 28-3 1/2 while at Houston in 1981.

Walder's record is tied for the fifth longest in world history, with all four of the longer jumps coming prior to 1994. His NCAA record has stood for 26 years.

Walder's jump came during the UTEP Spring Invitational. Walder hoped the 3,600-foot altitude in El Paso would help his distance.

"I came out here hoping to beat 28 feet, but I didn't think for a while I would do well," Walder said afterward.