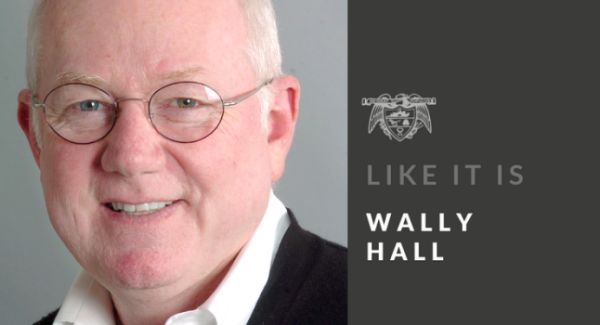 The NFL is moving forward with optimism that it will have a season this fall.

Apparently, the NFL Draft from April 23-25 will take place.

The New Orleans Saints are moving their draft war room to the Dixie Beer brewery and are preparing to stay there for the duration.

The NFL is a different animal than college athletics, which is taking a different view of its financial future.

The bottom line for the NFL is the bottom line. Not saying the league doesn’t care about the health of its players and fans, but the NFL has contracts with TV and sponsors that have to be considered, too.

The NFL did say it is basing its optimism on expert medical opinions.

It appears the colleges have different medical experts.

Among the conclusions of Lead1 Association’s annual FBS AD survey is the potential for a financial crisis to hit college sports.

An overwhelming 86% of ADs believe their universities will require their athletic departments to make “financial sacrifices” because of the crisis.

More than one-third of ADs forecast at least a 30% decrease in revenue for the upcoming 2020-21 academic year. That compares to only 8% in that category for the current fiscal year ending June 30.

Along that line of thinking, Iowa State coaches and other athletic department staff members are taking pay cuts for one year to help offset lost revenue from the coronavirus pandemic.

Athletic Director Jaime Pollard wrote on the Cyclones’ website that his department faces a $5 million shortfall this year because of the cancellation of the NCAA and Big 12 men’s basketball tournaments.

The payroll cut will save more than $3 million. There also will be a temporary suspension of bonuses for coaches totaling another $1 million.

The business model of college athletics needs an adjustment.

This is April 3, and hope that the coronavirus would peak has been moved back to at least April 30.

No one can predict the exact time when this virus will be under control, only that it will.

In some positive news — and obviously with hope there will be a college football season — Tenarius “Tank” Wright has been hired as the defensive line coach for Army.

Wright joins the Black Knights after serving as associate director of football strength and conditioning at Michigan the previous two seasons. He helped coach and mentor two first-round draft picks, two third-round draft picks and a fifth-round pick while with the Wolverines.

Wright served in a similar role at the University of Arkansas, his alma mater, before moving to Michigan.

Wright was a standout from 2008-12 as a linebacker/defensive end for the Razorbacks.

He was signed as an undrafted free agent by the Tampa Bay Buccaneers and tried out with the Kansas City Chiefs before turning to coaching.

The news of Wright’s hiring by the Black Knights has been alive and well on social media the past couple of days.

At Arkansas, Wright was a hardworking defensive end who made great use of all of his talents on the field, and he was very well liked off the field.