On this date in Razorback history, April 20 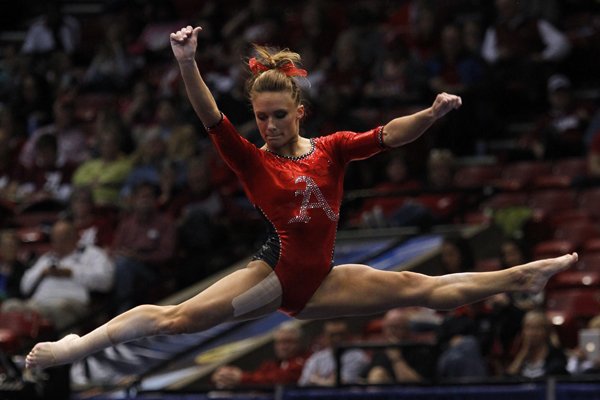 Arkansas' Katherine Grable competes on the floor exercise during the NCAA women's gymnastics championships on Friday, April 18, 2014, in Birmingham, Ala. (AP Photo/Butch Dill)

Grable, a senior, was the first Arkansas gymnast to win a national title in an event. She just missed on the all-around national championship, but a slip up on the beam caused her to finish second all around.

“I am honored to be the first national champion in program history,” Grable said at the time. “It has been a dream of mine for my floor and vault routines to be recognized during my time as a Razorback. To win both events in the final meet of my career is surreal.”

The performance capped a career in which she earned nine All-America honors. She was also the 2014 SEC gymnast of the year.