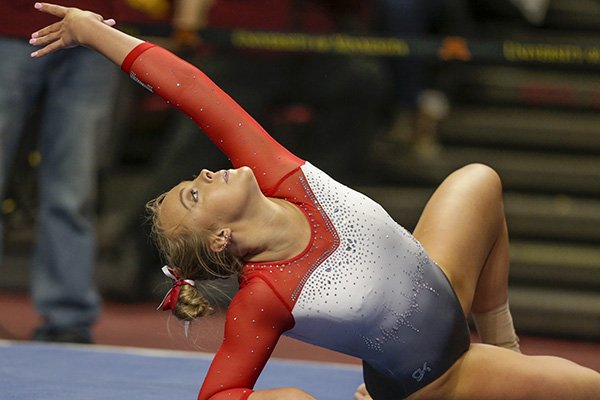 FAYETTEVILLE — Arkansas gymnastics Coach Jordyn Wieber has announced the signing of transfer Abby Johnston, who was formerly at Nebraska.

The native of Parkland, Fla., and a scholar-athlete honor roll performer for the Cornhuskers, will classify as a junior for the Razorbacks and have immediate eligibility.

Johnston is a two-time Florida state all-around champion (2016-17) who had competed primarily on the uneven bars and the floor exercise at Nebraska. Johnston scored 9.8 or higher on three of her four floor routines this winter, including a career-high 9.875 on Feb. 21.

“Our staff is extremely excited about Abby,” Wieber said in a UA release. “She has a lot more gymnastics left in her and we are excited that she chose to do that at Arkansas for her last two years. I am confident that she will contribute to this team as a competitor, teammate and leader.”