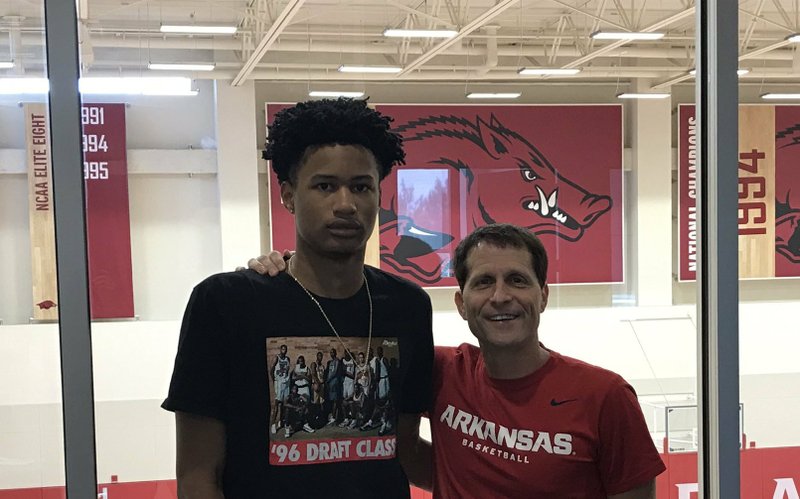 “It was cool. We just talked about their style of play and how it fit me and things about nutrition and development to help me get to the next level,” Alexander said.

Alexander, 6-5, 185 pounds, of Oklahoma City Heritage Hall, has scholarship offers from Arkansas, Oklahoma, Oklahoma State, Wake Forest, Texas A&M, SMU and other programs. He received an offer from the Razorbacks nine days after Musselman was hired.

Alexander, who made an unofficial visit to Arkansas last August, mentioned the best part of his virtual tour.

“It was me learning the style of play and getting to know the player development part,” Alexander said.

He averaged 25 points, 9 rebounds, 3 assists and 2 steals per game as a sophomore for the Class 4A state runner-up Chargers after leading them to the Class 4A state championship as a freshman. ESPN also rates him the No. 10 shooting guard and No. 46 overall prospect in the nation in the 2021 class.

Alexander, who had a relationship with assistant coach Chris Crutchfield prior to him coming to Arkansas, is “definitely” considering the Razorbacks.

“Because I love what type of culture they have. They have coaches that care about their players and getting them to the next level,” Alexander said. “They have a great fan base.”