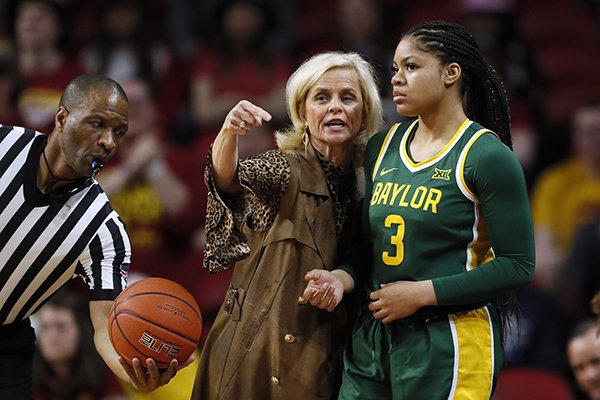 FAYETTEVILLE — Arkansas is scheduled to host Baylor for a women's basketball game at Bud Walton Arena on Sunday, Dec. 6 at 2 p.m., according to a game contract.

The matchup will be part of the Big 12/SEC Challenge. Baylor won the 2019 NCAA championship and was ranked No. 3 nationally with a 28-2 record when the latest basketball season ended without a tournament in March.

Baylor is coached by Kim Mulkey, who was elected to the Naismith Memorial Basketball Hall of Fame in April. This year's matchup will be the first matchup between the Razorbacks and Bears since Baylor won 73-44 in the second round of the 2015 NCAA Tournament.

Arkansas also has on-campus games scheduled against Gonzaga and California, and a neutral-site game against Arkansas-Little Rock scheduled for the 2020-21 season. The game against UALR is scheduled to be played at Simmons Bank Arena in North Little Rock on a date to be announced.

Arkansas coach Mike Neighbors said earlier this year the Razorbacks will schedule all of the other Division I programs in the state beginning in 2021-22.