It’s still too soon to decide to end season 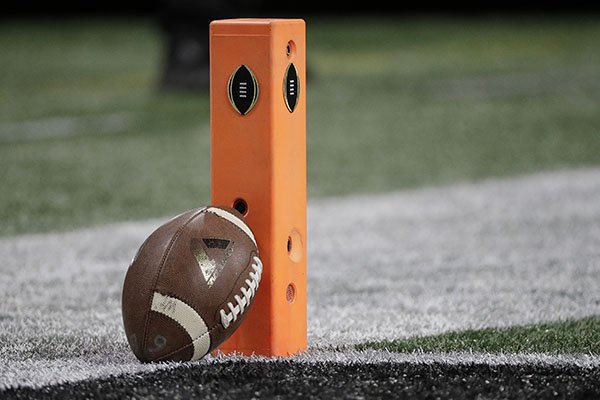 Just to set the record straight, and to be totally transparent, here are a few of my personal feelings about the coronavirus and fall football:

• If a decision had to be made today, the SEC would not be playing football this fall.

The decision, though, doesn’t have to be made for weeks, maybe a month, and that’s probably close to the maximum.

The Big Ten and Pac-12 presidents were premature in trying to show they run their conferences and not athletic directors or commissioners.

If the SEC, ACC and Big 12 have football seasons without major issues, those other two leagues will feel the repercussions for several years.

So, if a month from now we are still in the same place in the uphill battle with the coronavirus, there will be no fall football, but it was too soon to pull the plug this week.

• When the SEC announced its 10-game conference only schedule and Arkansas picked up Georgia and Florida, it appears the league knew the Razorbacks are not going to challenge for the league championship.

Georgia and Florida are favored to win the SEC East, and if one makes it to the SEC Championship Game and loses, the SEC will still have a legitimate shot at having two teams in the College Football Playoff.

That’s money in the bank.

On the reverse side of that, if the Razorbacks were to upset Georgia in Reynolds Razorback Stadium, it would knock the Bulldogs out of the playoffs.

That game is at home for the Hogs, and no one knows the Bulldogs’ offense better than Sam Pittman who spent the last four years as the offensive line coach and last year as assistant head coach.

That has to be considered a long shot.

Getting two teams in the playoff does not seem a stretch for the powerful SEC with the Big Ten and Pac-12 giving up their shot at the national championship.

The national championship will most likely get an asterisk, but fans don’t care. Just ask the Alabama fans.

• If there is no season this fall and budgets have to be cut, it would be better to reduce coaches' and athletic directors’ salaries than cut non-revenue sports.

Arkansas AD Hunter Yurachek has done a good job in his short stint of getting coaches' salaries under control in the wake of free-spending Jeff Long.

He’s also said he doesn’t want to cut any sports.

• The football season is in jeopardy, and you can’t solely blame people who refused to wear a mask and social distance themselves, but that has definitely been part of the problem.

Forget politics, please, but when leading experts on infectious diseases say a mask and social distancing should be mandatory, then the warning should have been heeded.

Understand, yours truly is one of the targets of this disease that has taken more than 740,000 lives worldwide and 164,531 in the U.S.

In our great state 573 people have lost their lives.

Wearing a mask and social distancing are small prices to pay for saving lives.

The coronavirus is not the flu, sniffles or a cold.

It is a dead-eyed killer that can leave long-term effects on the heart.

If you don’t wear a mask and social distance, we can only hope you wash your hands.

It would be hard to imagine any newspaper that has given the pandemic more thorough coverage than the Arkansas Democrat-Gazette.

From worldwide to national to local, the coverage has been incredible.

It has been Pulitzer Prize worthy, and there is no indication that we are going to let up.

In conclusion, the coronavirus is a life and death disease. Football is entertainment.