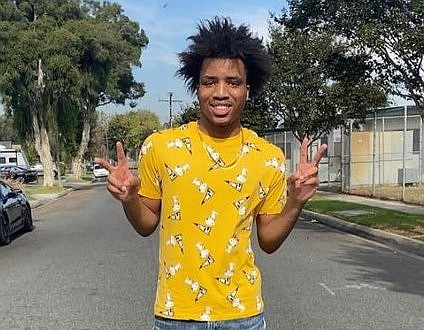 I like Arkansas because: Of the style of play, the awesome fan base and my relationship with the coaching staff.

Schools I've visited: No official visits taken because of covid-19.

I plan to major in: Business

I'm the player I am because: Of natural talents, work ethic and my father.

Best basketball moment: Playing at a high school camp where I received my first D-I offer in the seventh grade from UNLV.

List two pet peeves: Probably people eating with their mouth open and sucking their fingers instead of using a napkin.

I will never eat: Sardines

Your favorite fast-food chain and why: Chick-fil-A because it’s the best fast food.

Who would you want to be stranded with on a deserted island: My mom

The one thing I could not live without is: My phone/internet

If you were a superhero, what powers would you have: Teleportation to go wherever I think of.

People would be surprised that I: Have never seen any Harry Potter movies.