Hogs to play Southern on Wednesday 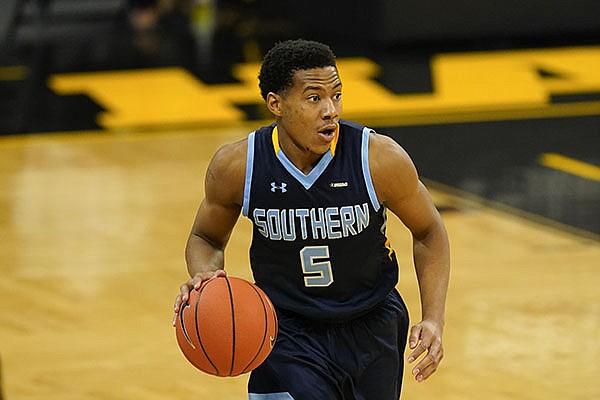 FAYETTEVILLE — Arkansas has found a team to replace its postponed game against Tulsa.

The Razorbacks are scheduled to host Southern at 7 p.m. on Wednesday in Bud Walton Arena. The game will air on SEC Network-Plus.

Southern, a member of the Southwestern Athletic Conference, is 0-2 this season with losses to North Carolina Central (85-78) and Iowa (103-76). The Jaguars were scheduled to play at Gonzaga on Thursday prior to the Bulldogs pausing team activities due to covid-19.

The Razorbacks are 2-0 all-time against Southern. The programs last met in 2015, when Arkansas won 86-68 in Fayetteville.

The Razorbacks' game time against Central Arkansas on Saturday has also been changed. Arkansas and UCA are scheduled to tip off at 7 p.m. at Walton Arena.