Razorbacks gymnastics debut at No. 15 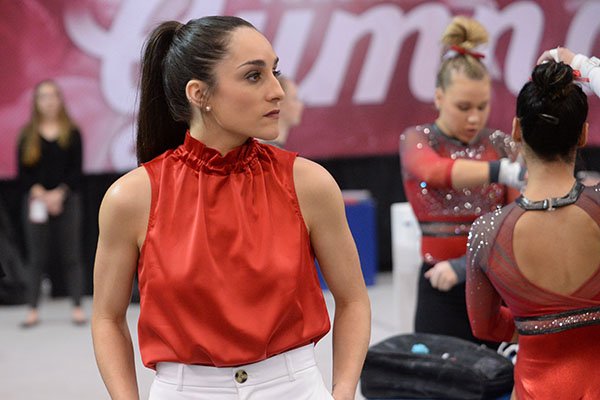 The University of Arkansas will open the 2021 season under second-year Coach Jordyn Wieber ranked No. 15 in the Women’s Collegiate Gymnastics Association (WCGA) poll, which was released on Thursday.

The Razorbacks (2-7 in 2019) are ranked in the top 20 of the preseason poll for the 15th consecutive year. They are four spots higher than last year’s debut ranking of No. 19 in Wieber’s debut.

Arkansas won back-to-back meets over No. 20 Missouri and No. 10 Georgia last year, the program’s first back-to-back wins over conference and ranked opponents since 2017.

The Razorbacks will compete against an All-SEC schedule, starting with a road date at LSU on Jan. 8, followed by the home opener at Barnhill Arena against LSU on Jan. 15.

Arkansas’ other home meets will be against Florida on Jan. 22, Missouri on Feb. 19 and Alabama on Feb. 26.