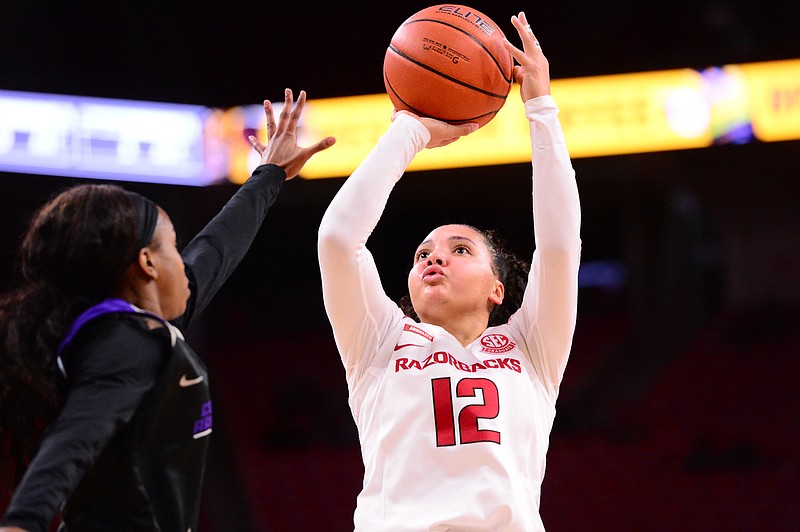 FAYETTEVILLE — Arkansas moved up one spot to No. 10 in this week's Associated Press Top 25 women's basketball poll.

It is the third consecutive week Arkansas has improved one place in the AP poll. The Razorbacks have won six consecutive games — mostly by blowout — over Louisiana-Monroe, Baylor, SMU, Central Arkansas, Arkansas-Little Rock and Arkansas-Pine Bluff.

Arkansas' average margin of victory during the win streak has been 30.2 points. The stretch includes an 83-78 victory over Baylor on Dec. 6 — the only loss this season for the Bears, who are ranked No. 7 this week.

The Razorbacks' new ranking comes as they prepare for their SEC opener at No. 13 Kentucky on Thursday at 7:30 p.m. Arkansas is also scheduled to host Missouri on Sunday at 4 p.m.

Fifth-ranked South Carolina leads five SEC teams ranked in the top 13 of this week's AP poll. The Gamecocks are followed in the rankings by Texas A&M (9), Arkansas, Mississippi State (12) and Kentucky.