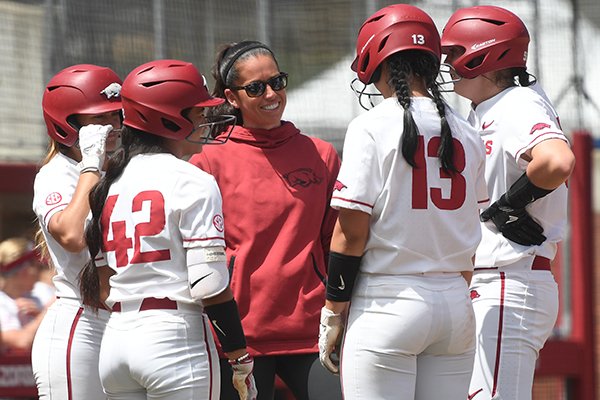 The Arkansas softball team opened its 2020 season with four wins in Las Cruces, N.M., over the weekend.

The Razorbacks defeated Texas-El Paso, Bradley, New Mexico State and Nebraska, and three wins were five-inning games in which Arkansas won by 10-plus runs. Its lone loss of the weekend, a 3-2 decision, came against Bradley on Friday.

Sophomore infielder Audrie LaValley plated six runs on three hits as well, and Braxton Burnside, an Arkansas native and junior infielder who transferred from Missouri, finished with six RBI, too.

As a team, Arkansas batted .392 and hit seven home runs.

In the circle, Autumn Storms, a preseason All-SEC selection, finished the trip 3-0 in three appearances - two starts. Over 9 2/3 innings pitched, she allowed one unearned run on seven hits, walked one batter and struck out eight.

Freshman pitcher Jenna Bloom faired well in her first college action. Bloom, over 8 2/3 innings in four appearances, surrendered eight hits, four runs, three earned, and struck out 15 against just one walk. She wrapped up the weekend with a 2.42 ERA.

Arkansas returns to play Feb. 14-16 for another five-game weekend at the Florida Gulf Coast Invitational. The Razorbacks will face FGCU and Memphis on Friday, Illinois-Chicago and Furman on Saturday, and FGCU on Sunday.