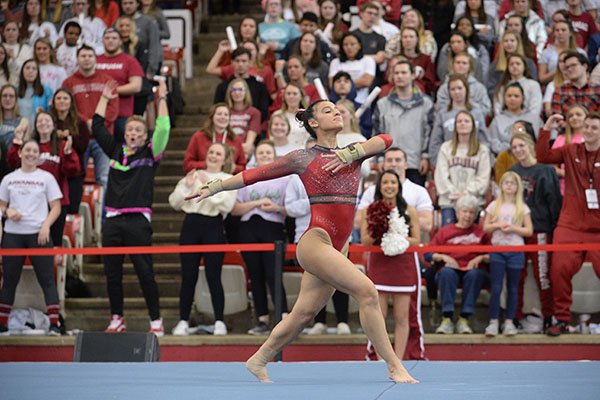 Arkansas' Sophia Carter competes Friday, Feb. 7, 2020, in the portion of the Razorbacks' meet with Georgia in Barnhill Arena in Fayetteville.

University of Arkansas junior Sophia Carter was announced on Tuesday as the SEC co-specialist of the week as chosen by the league office.

Carter tied for the balance beam title with teammate Kennedy Hambrick by scoring a 9.925 on the apparatus in Saturday’s victory by the Razorbacks over No. 10 Georgia.

No. 14 Arkansas travels to face No. 6 Alabama on Friday.