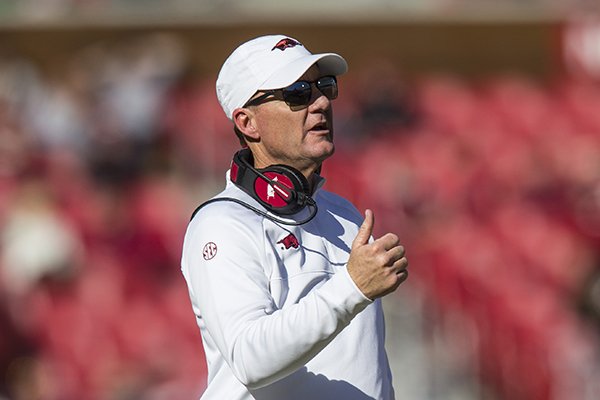 Arkansas coach Chad Morris is shown during a game against Western Kentucky on Saturday, Nov. 9, 2019, in Fayetteville.

Auburn will pay first-year offensive coordinator Chad Morris, the former University of Arkansas head coach, $735,000 per year based on his contract, which was released to multiple media outlets in Alabama on Thursday.

Morris signed a six-year agreement at Arkansas with an annual salary of $3.5 million per year on Dec. 5, 2017. He was fired by Athletic Director Hunter Yurachek on Nov. 10, the day after the Razorbacks lost 45-19 at home to Western Kentucky on senior day, with a record of 4-18.