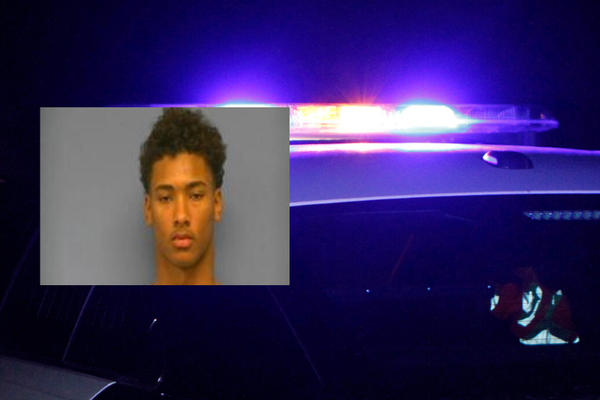 FAYETTEVILLE — Catrell Wallace, a Bryant High School student who in December signed to play football at the University of Arkansas, was arrested Monday in Benton.

Wallace, 18, was arrested in connection with second-degree sexual assault, a Class B felony, and tampering, a Class D felony, according to his detention profile on the Saline County Sheriff’s Office website.

Krista Petty with the Benton Police Department said in an email Monday that Wallace’s arrest report was unavailable because the investigation was ongoing, "and we do not release incident reports in those instances."

According to a press release from the Benton Police Department, Wallace turned himself in Monday after an arrest warrant had been issued.

Police said the incident under investigation occurred on Jan. 1 when Wallace was 18 and the victim was 12.

"Although it appears to have been a consensual encounter, BNPD detectives were able to determine that Wallace had reason to believe the victim was underage at the time of the crime,” police wrote in a statement. “It was also noted that Wallace instructed witnesses to lie about the crime in an effort to conceal it.”

In a statement released through the UA athletics media relations department, Razorbacks football coach Sam Pittman said he was "aware of the serious allegations” involving Wallace.

“We are gathering information and (are) in contact with the proper authorities regarding the situation,” Pittman said. “Once we have additional information, we will make a determination on his status with our program.”

As a defensive end and linebacker, Wallace recorded 60 tackles - including a sack and six others for loss - broke up four passes and blocked four punts as a senior on Bryant’s Class 7A state championship team. He is also a member of the school's basketball team.