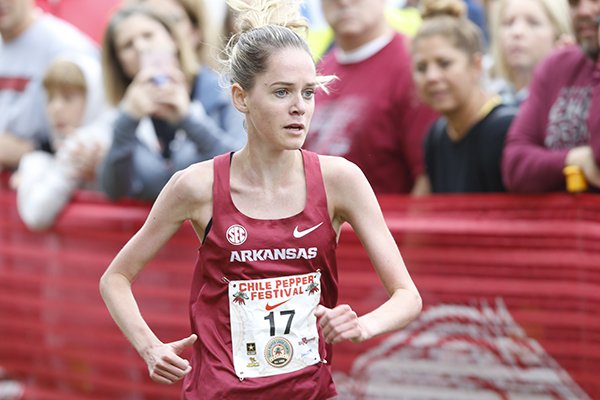 Robinson won the NCAA South Central Regional title and finished second at the SEC Championships as a freshman, but she hasn’t competed since the 2018 cross country season because of a series of injuries. She finished 41st at the 2018 NCAA Championships two years ago.

Harter said Robinson decided to leave Arkansas and return to Brisbane, Australia, where she has lived most of her life after being born in Austin, Texas.

“She’s a phenomenal talent,” Harter said. “She’s looking forward to being at home with her family. This is a long ways for her to be away from home. She’s healthy now and hopefully she’ll stay that way, because I think we’ll see her down the road as an international athlete.

“She’s so, so gifted. It’s just a matter of, ‘Could you keep her healthy?’ She just proved to be very fragile.”

“The place where you’re happiest is the place where you’ll thrive, and for me that’s at home,” she wrote. “This was a very hard decision because I truly enjoyed my time at the University of Arkansas and I will forever be thankful for all that I was offered there and all the amazing people that I met. … But I am so excited to get home and hopefully get back to competing at a high level against.”