Here’s how UA gets a true football rival 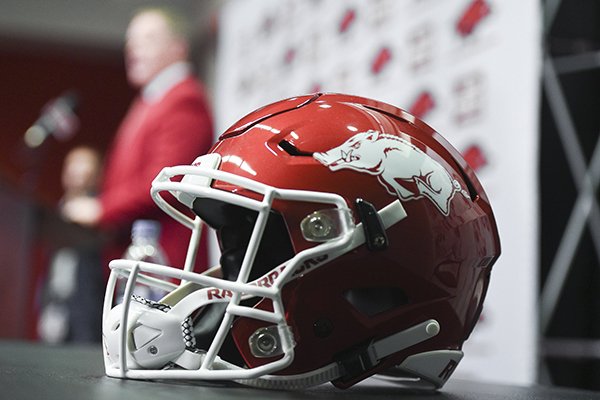 It was not a surprise on Friday afternoon when the University of Arkansas announced it would not be playing its scheduled red-white football game at War Memorial Stadium in Little Rock.

There had been rumors for weeks it was not going to happen.

And probably never will again.

Yes, there was a contract for two more games, and no compensation for War Memorial was mentioned.

It just isn’t going to happen. How long would it take before Texas A&M started having its spring game in Houston or Dallas? Or Alabama in Los Angeles?

Plus, a spring game in Central Arkansas meant no recruits, not official or unofficial.

In 2018 when the Hogs played their spring game in War Memorial, Reynolds Razorback Stadium was undergoing a renovation.

Associate athletic director Jon Fagg had petitioned the SEC to play the game off campus again this year, but that was denied Friday by Commissioner Greg Sankey.

While the UA and War Memorial Stadium have a long and storied history, 2020 will be the first time in a long time no Razorback football is played in Central Arkansas.

For now, the Razorbacks will continue to play Missouri in The Rock every other year, but don’t expect that to last more than two more games.

The contract requires 47,000 tickets to be sold for that game. Unless someone changes the schedule and the Hogs suddenly close the season with LSU, that’s not going to happen.

The last few awful seasons have taken their toll on ticket sales in Little Rock and Fayetteville.

Once Sam Pittman gets the program fixed — and he will, but not for a year or two — and the Razorbacks brass has to decide between selling 75,000 tickets or 55,000 tickets, there will be no more games in War Memorial.

Eventually, it will hurt the Razorbacks in donations and even student enrollment at a time when colleges all over the country are suffering enrollment shrinkage.

One suggestion — and one that should be between the schools, not state government — is for Arkansas to play Arkansas State University in the season opener every year in War Memorial Stadium.

Move the state fair to that week and make the whole thing a very big deal.

It would be good for the state.

It would create more interest in football.

It would give both teams a real rivalry.

It could be something very special in a small state.

Sponsors could be found. Riceland was interested in sponsoring a bowl game here, so what if the Riceland Rivalry was played annually? No pressure on Riceland, just an example.

There have been preliminary talks between the schools’ ADs, so this idea shouldn’t be too shocking.

It would keep a presence in the entire state for the Razorbacks and satisfy the need to have a true rivalry.

The Razorbacks have had rivalries, but they have never been a rival. Not Texas or Alabama.

The LSU game on the Friday after Thanksgiving was the closest the Hogs have come to a true rivalry, but even then the Tigers would rather beat Alabama or even Ole Miss more than the Razorbacks.

The spring game is gone, presumably forever, and the Missouri game creates about half of what the interest would be if the Razorbacks opened every season with the Red Wolves in War Memorial Stadium.