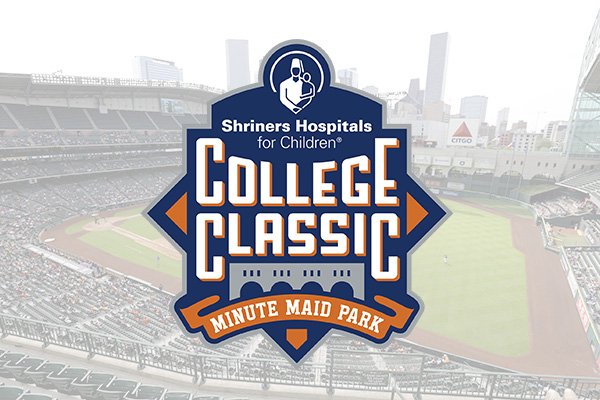 HOUSTON — Oklahoma took advantage of some shoddy Arkansas defense in the seventh to score a three runs and take a 6-3 win over the Razorbacks on Friday at the Shriners Hospitals for Children College Classic at Minute Maid Park.

Robert Moore and Jacob Nesbit launched back-to-back homers in the fifth to give Arkansas a 3-2 lead and that chased Sooners starter and ace Cade Cavalli, who had fanned 11 during his outing.

Wyatt Olds relieved Cavalli and pitched three scoreless innings with six strikeouts before leaving after giving up a lead off walk to Moore in the ninth.

Brady Linsley’s solo home run in the seventh tied the game and then Oklahoma (8-2) won it with three unearned runs in the seventh.

Arkansas (7-1), who had not trailed all season until Friday, will play Texas Saturday night at 7 p.m.

Moore lead off the ninth with a walk and moved up on a wild pitch, but Oklahoma closer Jason Ruffcorn fanned pinch-hitter Dominic Tamez.

Kjerstad grounded into a double play to end the game.

Oklahoma reliever Wyatt Olds has shined in his three innings of relief. He has given up four hits, but stranded all four. He has also fanned six batters, meaning the Razorbacks have whiffed a whopping 17 times today.

Olds fanned a pair in the eighth.

Casey Martin's throwing error into the stands behind first base allowed Trent Brown to race to second with nobody out. Connor McKenna's sacrifice fielder's choice was thrown late to third, leaving both runners safe at the corners with no outs.

Tanner Treadway's bunt single loads the bases with no outs.

Kopps fans Brady Linsley for the first out of the inning and Van Horn returns to the mound to bring in reliever Marshall Denton with the bases loaded.

Denton gives up an RBI single to Tyler Hardman and another run scores on a throwing error by left fielder Braylon Webb as Oklahoma goes up 6-3.

All runs this inning have been unearned and Oklahoma has scored 4 unearned ones today.

Van Horn brings in freshman lefty Zack Morris with two outs and runners at second and third. and he gets a ground ball to end the seventh.

Braydon Webb and Heston Kjerstad both singled with one out to give the Razorbacks a chance to break the deadlock,

But Olds got Matt Goodheart to fly out in foul territory in left and Casey Martin to line out to right to keep the game tied.

Brady Linsley's one-out solo homer off of of Connor Noland ties the game 3-3. Tyler Hardman's single ends the day for Noland as Dave Van Horn brings in Kevin Kopps to take over on the mound.

Christian Franklin makes a diving catch for the second out, but it was originally ruled a hit. A review of over three minutes showed it was indeed a catch. Kopps then retired the next batter on a fielder's choice to end the inning.

Oklahoma ace Cade Cavalli is done for the day. He ends up giving up three runs on six hits while fanning 11.

Cavalli had not given up a home run since May 22 of last season while pitching in the Big 12 tournament and had allowed only seven in his career before Moore and Nesbit took him deep.

Wyatt Olds relieves and gives up a one-out single to Christian Franklin and a double to Casey Opitz.

Franklin likely would have scored if he had not been held up at third, but Olds stranded a pair by fanning Cole Austin and Robert Moore.

Connor Noland gives Arkansas a clean inning after rallying to take a lead. He has now given up four hits, two runs (one earned), fanned four and walked no one.

Arkansas freshman Robert Moore laced a two-run homered to right off of Cavalli to tie the game 2-2. He did so after Cole Austin singled with one out. Moore's homer came on a 1-2 count.

Jacob Nesbit gave Arkansas a 3-2 lead and made it back-to-back round trippers when he homered into the Crawford boxes in left field.

Cavalli has 11 strikeouts in five innings, but those three runs give Arkansas the lead.

Oklahoma's Justin Mitchell got his second hit of the game, but tried to steal and got easily by Arkansas catcher Casey Opitz' throw to end the frame.

Casey Martin legged out a two-out infield single on which he was originally called out. It was overturned by review. Martin stole second and moved to third on a wild pitch, but Christian Franklin fanned on a 3-2 pitch to end the inning.

Cade Cavalli has thrown 61 pitches through four innings, walked no one and fanned 8. He has thrown 40 pitches for strikes.

The Sooners go up 2-0 on the Razorbacks as Tanner Treadway doubles with one out, moves up on a passed ball and scores on Brady Lindsley's grounder.

Freshman second baseman Robert Moore mad a bid for an extra base hit into center fielder, but it was tracked down for a long, loud out. Jacob Nesbit followed with the Razorbacks' first hit, an infield single.

Cavalli has now thrown 38 pitches, 27 for strikes, while fanning five and allowing the one hit.

Oklahoma's Brady Harlan singled with one out and raced to third on Justin Mitchell's double. Harlan then scored on Trent Brown's sacrifice fly. It is the first time that Arkansas has trailed in a game this season.

Cavalli fanned Casey Martin and Christian Franklin before retiring Casey Opitz on a grounder to short. Cavalli has fanned 4 of the 6 batters he has faced to this point.

Arkansas starter Connor Noland also gets a 1-2-3 first inning by fanning two of the three batters he faces. Casey Martin will lead off the top of the second for the Razorbacks.

Arkansas (7-0) and Oklahoma (7-2) are on the field and getting ready to play the second game of the Shriners Hospitals for Children College Classic with first pitch scheduled for 3:05 p.m.

Baylor got a win for the Big 12 vs. the SEC in the opening game on Friday with Mack Mueller hitting a pair of solo home runs in the sixth and eighth innings to cap the scoring in a 4-2 win over Missouri.

It is a beautiful, sunny 70 degree day at Minute Maid Park, home of the Houston Astros.

Not a large crowd, but it is clear that the Razorbacks have more fans here than do the Sooners.