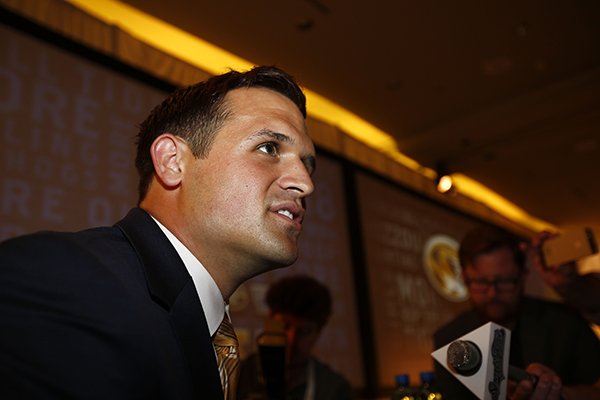 FAYETTEVILLE — Former Missouri linebacker Michael Scherer will join the University of Arkansas football staff as an analyst, sources with knowledge of the agreement said on Tuesday.

Scherer, who last played for the Tigers in 2016, was most recently a graduate assistant coach at Missouri last season. His final season as a player was the first as head coach at Missouri for Barry Odom, the new Arkansas defensive coordinator.