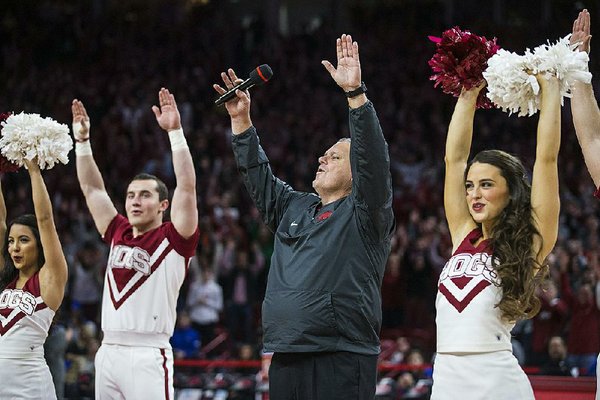 Jones, 6-6, 280 pounds, of Lithonia, Ga., committed to Arkansas coach Sam Pittman and Georgia in April 2019. ESPN rates him the No. 1 offensive tackle and the No. 13 overall prospect in the nation.

"It's just rare to have guys with that kind of size and ability to come through a high school program," Jelks said. "Broderick is also a great kid and not the type of kid to get into trouble or anything like that. He's a high character guy, so I think that's another thing that makes him so popular."

Jones plans to officially visit Georgia on Jan 24 and Auburn on Jan. 31. Jelks said the combination of Pittman and Georgia was key in Jones' commitment to the Bulldogs.

"Coach Pittman had a big deal to do with it," Jelks said. "He went down there for camp for a couple of years and worked with Coach Pittman a lot so they developed a good relationship and on top of that he's always been fond of Georgia. So that made it easier for him with Coach Pittman being there."

Pittman and Jones talked about more than football.

"They talked a lot of about other things other than football just life and that's kind of big for Broderick," Jelks said. "Definitely a kid looking for a mentor."

Jelks has coached at Lithonia for 13 years and has coached several SEC prospects, but Jones ranks as the best.