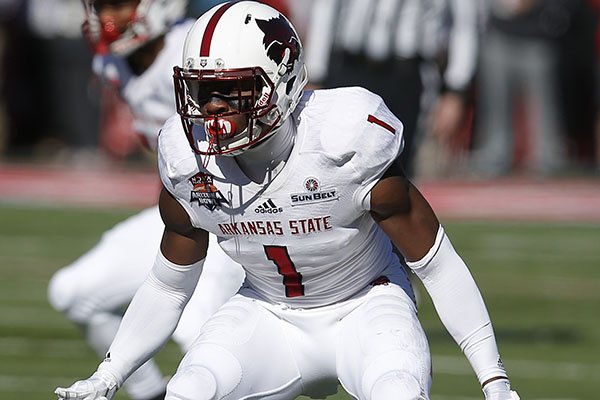 Arkansas State cornerback Jerry Jacobs has announced plans to transfer to Arkansas and will be a mid-term enrollee.

Jacobs, 5-11, 204 pounds, recorded 21 tackles, a tackle for loss and two pass breakups in four games for the Red Wolves as a junior in 2019 before suffering an ACL tear against Georgia in September.

He played in 2017 at Hutchinson (Kan.) Community College before going to Jonesboro. At Hutchinson he was coached by Rion Rhoades, who is now the Razorbacks' linebackers coach.

Jacobs played four games in 2019. He has two years of eligibility remaining.

"I just appreciate Coach (Sam) Pittman and Coach Rhoades, my former JUCO head coach, for giving me an opportunity to play at an higher level and compete with the best," said Jacobs, who reports to Fayetteville on Sunday.

Jacobs is the sixth early enrollee for the Razorbacks. He played high school football at South Cobb in Atlanta and was recruited by Iowa State, Kansas, Tulsa and North Texas before signing with Hutchinson.