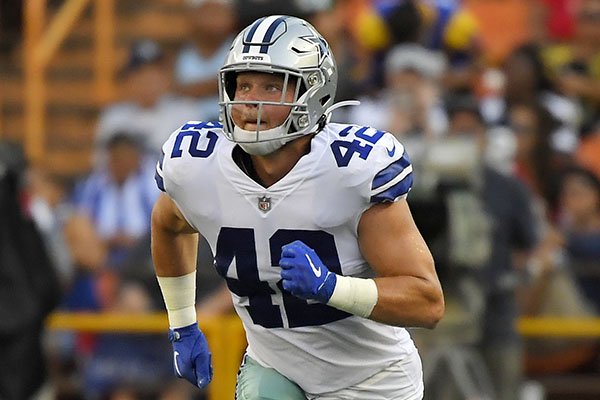 Dallas Cowboys' Ryan Yurachek runs a play during the second half of a preseason NFL football game against the Los Angeles Rams Saturday, Aug. 17, 2019, in Honolulu. (AP Photo/Mark J. Terrill)

FAYETTEVILLE — Ryan Yurachek, the oldest son of Arkansas athletics director Hunter Yurachek, is joining the Arkansas football staff as a graduate assistant on offense, he said Friday on Twitter.

Yurachek, 23, has spent the past two years on multiple NFL practice squads, including this season with the Dallas Cowboys. Yurachek played college football at Marshall, where as a senior tight end in 2017 he caught 54 passes for 490 yards and 10 touchdowns, and was voted first-team All-Conference USA.

Jake Yurachek, the second of Hunter Yurachek's three sons, is a walk-on linebacker on the Razorbacks' football team after transferring from Colorado last year.