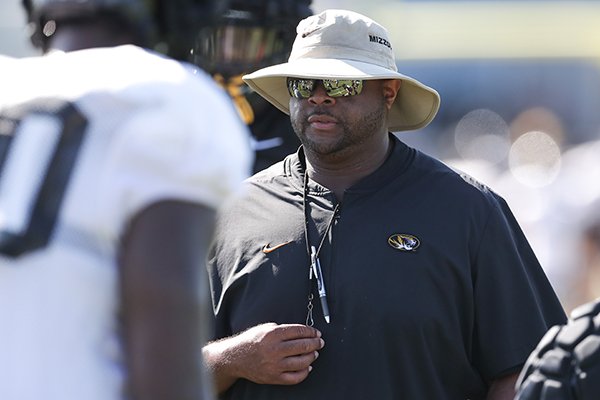 Since being named Arkansas’ coach, Sam Pittman has been aggressive in recruiting Georgia, and that includes highly regarded junior offensive lineman Jakiah Leftwich.

Razorbacks offensive line coach Brad Davis had a prior relationship with Leftwich.

“I’ve been talking to coach Davis since he was at Missouri,” Leftwich said. “He told me he’s at Arkansas and he wants me to go there around February.”

Leftwich, 6-6, 291 pounds, of Atlanta Westlake, has nine scholarship offers from Maryland, South Carolina, Indiana, Minnesota, Kansas, Georgia Tech and others. He has a 3.6 grade point average and is planning to major in sports management.

He visited Georgia this past season when Pittman was in Athens.

“I was talking to him a little bit when he was at Georgia. Nice guy, enthusiastic,” Leftwich said.

Leftwich, who plans to visit Fayetteville in February, said Davis has talked up Arkansas.

“It really helps a lot and helps keep me in shape,” he said.

Aside from protecting his quarterback, Leftwich said pancake blocks are his favorite part of playing football.

“I love those blocks,” Leftwich said. “Most of the time when I finish the blocks they get mad.”