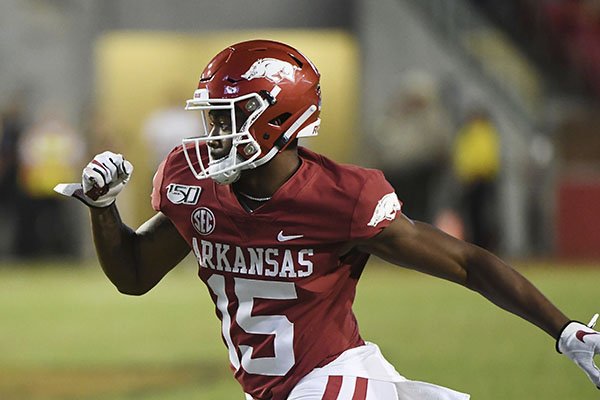 “At the end of the day I have to do what’s best for me, and as a man you have to do that," Jackson wrote. "I have been battling with depression, and a lot of problems for some time here now and it’s best I find a new home where I can get back to my old self."

Jackson added that he will attend classes at the University of Arkansas through the spring semester.

Jackson played in three games in 2019 - at Ole Miss, San Jose State, Texas A&M - and caught one pass for two yards against the Aggies.

A native of Jefferson, Texas, Jackson was a four-star prospect, rated the No. 42 wide receiver in the country and No. 41 overall player in the state of Texas out of high school by Rivals. He was one of four four-star receivers who signed with the Razorbacks in former coach Chad Morris’ 2019 recruiting class.

Arkansas players to announce transfer since end of 2019 season