UNDER THE RADAR: Batesville’s Eli Livingston 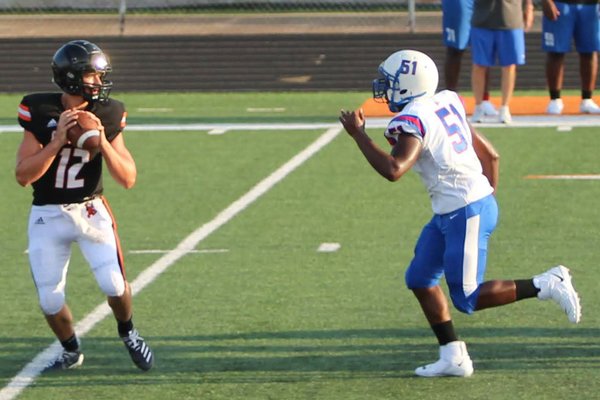 On Wednesdays we feature an in-state prospect who could be flying under the radar of college coaches. This week's UTR football prospect is Batesville’s Eli Livingston.

“What makes him a great quarterback for us is he understands how to read the fronts and can check us out of a bad run play to a good run play. Also understands what we like to check in the passing game as a junior. We gave him a lot of freedom to check runs and passes. Like all high school kids he likes to check to throw the long ball and throws it well and can drop the ball into the drop zone. He is a good ball carrier, strong runner in between the tackles. We run a lot of quarterback power with him and he can take a hit and dish out some punishment. He is up to 215 pounds. He will be at least 225 when we start next year. Arm strength is above average. Upper body and lower body strength is above average. As a junior, he was the vocal leader of our offense.

“I have coached for six years, four in college (Lyon College) and two in high school, and Eli is the best worker I have ever been around. Hands down, not even a close second. After the Wynne game this year he missed a few throws on some sprint-out passes. He was at the fieldhouse at 5:30 a.m. and set up a stand up dummy on both sides of the field and worked on his sprint outs with no coaches around or anyone asking him to do that. That is just one example of him having the drive to be great. He is always the last one to leave the weight room and make sure everything is in its proper place. I could go on and on about him. He is just a special young man and we are lucky to have him in orange and black.”