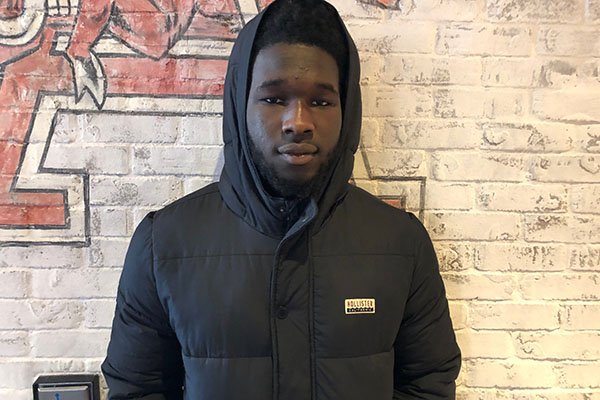 FAYETTEVILLE — Running back Daijun Edwards could see himself at Arkansas after making an official visit to Fayetteville.

Edwards broke two school records in 2019 for most career rushing yards and career touchdowns. He rushed 165 times for 1,008 yards and 11 touchdowns, and had 28 receptions for 408 yards and 2 touchdowns as a senior.

He said the highlight of his trip to Arkansas was the Razorback fans.

“Just the fans and how passionate they are,” Edwards said.

The visit helped the Hogs in trying to land him.

Edwards is expected to officially visit Georgia on Jan. 24 and Florida State on Jan. 31.

ESPN rates Edwards a 3-star recruit, the No. 34 running back and the No. 44 overall prospect in Georgia. He said he is a fan of Arkansas coach Sam Pittman and running backs coach Jimmy Smith.

His mother made with trip with him.

“She loved it,” he said. “She just loved the family atmosphere around here. Everybody loves each other.”

Edwards, who was hosted by freshman receiver Trey Knox, said he doesn’t have a timeline for a decision. The 48-hour visit made him feel like Arkansas could be his landing spot.

“I could see myself in Fayetteville,” he said.