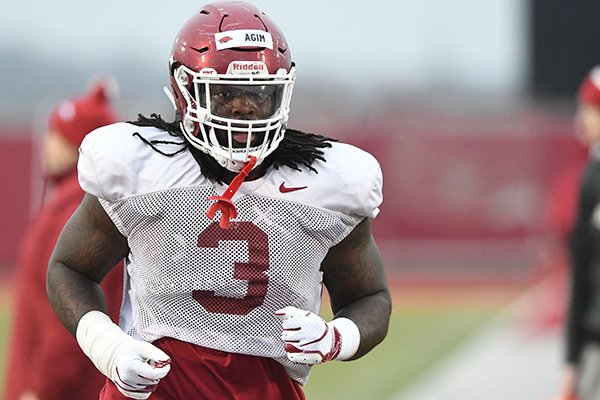 FAYETTEVILLE — Former Arkansas defensive lineman McTelvin Agim was added to the roster for the Senior Bowl this week.

Agim will play for the North team in the Senior Bowl, which is scheduled to begin Saturday at 1:30 p.m. in Mobile, Ala. The game will be televised by NFL Network.

Agim played in the East-West Shrine Game last weekend in St. Petersburg, Fla. He did not record any stats in the game but drew positive reviews from analysts during practice leading up to the game.

A former 5-star prospect who played high school football in Hope, Agim played four seasons for the Razorbacks while bouncing back and forth between defensive end and defensive tackle positions. He finished his career with 145 tackles, including 30.5 for loss, and 15 sacks in 47 games. He also forced six fumbles.