State of the Hogs: Greenlaw not the Razorbacks' only tie to the Super Bowl 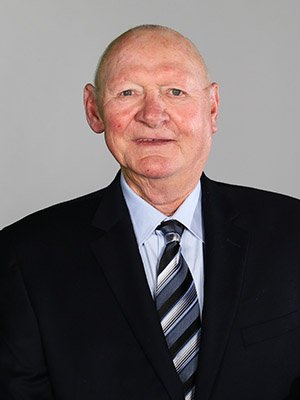 Dre Greenlaw is the obvious Arkansas connection in the Super Bowl.

Greenlaw is the Fayetteville High product starting for the San Francisco defense tasked with slowing down the Kansas City offense. A four-year starter for the Razorbacks, the rookie linebacker has made plays for the 49ers all season.

There’s another tie, but you have to dig deep. It’s worth it.

Tommy Brasher (pronounced BRAY-shur) has a wealth of football knowledge and a great insight into the inner workings of the Chiefs, especially head coach Andy Reid.

Brasher can tell you exactly why the great San Francisco defense will have a tough time in the Super Bowl. It isn’t just because KC quarterback Patrick Mahomes is special. It’s the fast, sleek operatives at so many of the other key positions in the offense. I’ll dive deeper later.

Brasher has been one of my go-to sources on football for years. He was one of game’s most respected defensive line coaches.

And, he has ties to the glory years of Arkansas football, as a two-way player in 1961-63 when the Hogs shared two SWC championships. He played linebacker and offensive guard and was a three-year lettermen for Frank Broyles.

Brasher’s reputation was as a stout linebacker playing beside All-American Wayne “Thumper” Harris. Both were from El Dorado. Tough and mean, Brasher was a superb player until blowing out a knee in August as a senior.

The Hogs went 6-1 in the SWC in both ’61 and ’62. They were 8-3 in both seasons, losing to Duke in the Cotton Bowl and to Alabama in the Sugar Bowl. The ’63 team went 5-5, but although Brasher’s lettered, that knee injury made him a non-factor.

“I really only remember being on the field full time for one losing game my entire career there,” Brasher said. “But more than anything else, I just don’t remember those teams ever being out of a game.”

That was a point because Brasher watches from his retirement home in Redmond, Wash., as the Hogs are rarely competitive in SEC games.

“I watch Arkansas on TV,” he said. “I want to check out my program. Those guys did not compete. It doesn’t matter the sport. If you are not competing, it means you don’t care.

“The first evaluation I do of a team is tackling. If you miss tackles, I know you don’t care.”

That’s the feeling he got while watching the Hogs play defense the last few years, and sometimes it was studying tape in detail as a draft scout for the Chiefs.

“It cuts me deep to watch that,” Brasher said. “That’s my program. When I played, we cared. We played like we cared every game.

“I look now and I don’t think they care. I can’t stand it.

“I watched the Alabama game and it was over after one play. Now a lot of people lose to Alabama; that’s no crime. But lying down is a crime. There was no doubt who was going to win after the opening kickoff.”

How do you fix it?

“It’s not in recruiting,” Brasher said. “That’s what Bret Bielema said he was trying to do and the same with the outgoing guy (Chad Morris). No, you don’t fix it with recruiting. You make sure the ones you put on the field care.

“(Fans) always think it’s about play calling in football. It’s not. It’s getting players on the field who care.

“The SEC is just a notch below the NFL. It’s talent, but the first thing you have to get players on the field who care. It’s no different than the NFL in that regard.”

“I’ve always said the most important thing in the draft in the NFL, take players who care,” he said. “You hear someone say they must draft someone with all the abilities. If they don’t care, you are foolish to draft them.

“There are a lot of coaches who missed their opportunity to become bona fide head coaches because they drafted only the ones they saw jump high and run fast. If they didn’t care if they won or lost, it always shows.

“If you take the ones who care, you are going to be fine. That’s been my belief through 54 years of coaching.”

That career included three years as head coach at Hot Springs High from 1967-69. He inherited a program that was on a losing streak.

“We were in a district that I thought (Hot Springs) should have done better,” he said. “Why weren’t they winning? I got there and one night after a loss I talked to the kids. I found out the problem: They didn’t care. That was their tradition.

“So I ran off 53 players. When the group that was left got to be seniors, they finished the season with six straight shutouts. They allowed 20 points in 20 games. They cared.”

Brasher is in the University of Arkansas Hall of Honor because he cares. And, he’s got a great reputation as a defensive line coach. There’s a seven-year break in his NFL coaching career between stints with the Eagles. He had to beat cancer.

“I still talk to Andy, but not for pay,” Brasher said. “I do follow the Chiefs closely.”

There can be no doubt. Brasher still refers to the Chiefs as “us” and “we.” He’ll watch from home.

“Well, you can get tickets,” he said. “But it’s too expensive. What happens when they get to the playoffs, the teams lose control. The playoffs are run by the NFL and it gets to be too much money.”

Brasher found out how expensive two weeks ago. A daughter and grandson wanted to see the playoff game with Houston at Arrowhead Stadium.

Brasher coached in the 2005 Super Bowl. He said he doesn’t need to see another in person. He can hear about it from Reid. They still talk. He knows the KC head coach as well as anyone. Asked for Reid stories, he laughed.

“Andy is not a very interesting guy,” Brasher said. “He’s at work most of the time. He loves to work.

“Andy has a great mind and feel for football. I’m talking about all of it, offense and defense. He’s exactly what you need for a head coach.”

Brasher said head coaches should be well versed on both sides of the ball.

“I don’t think they need to be good at one or the other,” he said. “It can’t be, ‘Well, my deal is the offense.’ That doesn’t work. One man has to be in charge of everything. One man has to govern the personalities on the staff if you are going to have a good staff.”

Brasher, 79, stayed in the game until two years ago.

“I coached until I was 75, then I did some other things to help (the Chiefs),” he said.

That was grading tape both during the season in advance of games. And, he was the man Reid wanted to evaluate all defensive line possibilities for the draft.

Before the NFL, there were stints at SMU under Ron Meyer and at Virginia Tech under Charlie Coffey. He also coached at Northeast Louisiana. He followed Meyer to the Patriots in 1982.

“I’d been coaching in the SWC and that was a running conference,” he said. “If you got a team to throw the ball, it was an admission of defeat.

“I admit when I got to the NFL, I knew nothing about the pass rush. I had to evaluate myself and I knew that if I didn’t learn the pass rush, I wouldn’t be there long.

“The key in the NFL, get the quarterback down. You don’t, you are beat.”

Part of what makes Mahomes so good is that he doesn’t get sacked much, Brasher says, adding that quarterbacks who get sacked don’t stay in the NFL long.

“About the only one I know that did that was Peyton Manning,” Brasher said. “He took a lot of sacks, but was real good and won.”

Brasher has a definition for winning in the NFL.

“It’s not how many games you win in the regular season,” he said. “Winning is getting to the playoffs.

Brasher said there are parts of the game that are changing with the addition of the run-pass option offenses, but the answer on defense is the same.

“But I don’t think there’s much to it (if you are on defense). You just make the quarterback keep it and you kill him. Knock his (butt) off. Find out how many quarterbacks they’ve got.

“I saw a team try to run that fulltime a few places in the NFL, like when the hot shot (Chip Kelly) got to Philadelphia. We played them early in his first season.”

The Eagles turned it over five times that night as the Chiefs cruised, 26-16.

“The NFL is all about turnovers,” Brasher said. “And, it’s about the quarterback.

“Teams in college tend to have a stable of quarterbacks. In the NFL, you have one. No one an afford a quality backup QB. I’ve always said the best job in the NFL is the backup QB. They never have to play. Their games are in practice against your own defense.”

A scouting report on the KC offense was promised; Brasher delivered.

“I truly believe the best two teams in the league are playing in the Super Bowl,” he said. “For us, it was about getting better on defense as the season went along because this offense and this quarterback is unstoppable.”

“We have great speed at receiver,” Brasher said. “You can’t single cover any of them.

“If you play Tyreek Hill man, he’s going to beat you. And, if you double him, then (tight end) Travis Kelce kills you.

“Really and truly, you have to make a choice. And, you just can’t line up and play man coverage every time. No one gets away with that. A lot of people try, but if you do, count on teams scoring 30 or more on you.

“I don’t see any team stopping this offense. The question is just can we hold up on defense? But the last eight games, this (KC) defense has gotten to be one of the best in the league.”

That brings us back to Greenlaw. He was voted to the Pro Football Writers Association all-rookie team. His 62 tackles were the most by any rookie linebacker. Maybe Greenlaw can slow Mahomes?

I’ll start with the Brasher formula for what is most important about a football player. That’s what makes Greenlaw special.

He is one Razorback who never failed the Brasher care test.