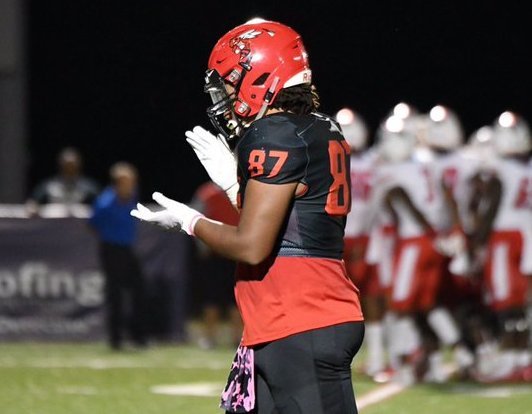 Maumelle defensive lineman Nico Davillier is the seventh in-state 2022 prospect to receive an offer from Arkansas.

“He asked my coach if he can he tell me that he offered me, and my coach told me,” Davillier said.

Kansas was first to offer him followed by Georgia, Tennessee and the Hogs. Originally from New Orleans, Davillier moved to Arkansas at the age of 2 because of Hurricane Katrina.

“The Arkansas offer means a lot to me because I live in Arkansas and this is where I grew up. For Arkansas to offer me means a lot,” said Davillier, who grew up rooting for the Razorbacks and LSU. “I was shocked and just at a loss for words.”

As a sophomore, he recorded 22 tackles, 4 tackles for loss, 2 sacks, 2 quarterback hurries and a forced fumble. He also plays basketball for the Hornets and averaged 5.1 points and 3.5 rebounds per game.

His teammate Andrew Chamblee also has an offer from Arkansas and is a major target in the 2022 class.

"I’m honored to have an offer from Arkansas and to know my teammate has one, too," he said.