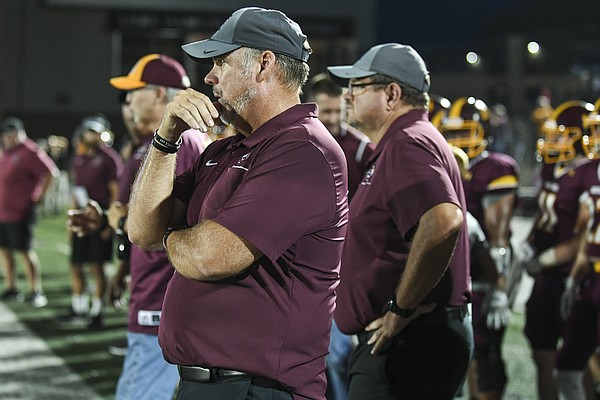 Jessup, 6-4, 285 pounds, had previous offers from Kansas and Central Arkansas before the Commodores joined the list. He recently talked to Arkansas offensive line coach Brad Davis.

“Chase is probably one of the hardest working kids I’ve ever coached just from the sheer fact he does everything he’s supposed to do in the weight room and on the field but then also in the class room,” Lake Hamilton coach Tommy Gilleran said. “He does extra every day. He’s always doing more than he’s supposed to, and that’s the kind of kids that really make it at the next level. So he’s that type of kid that’s always trying to get better at his craft.”

Jessup's explosive first step and ability to move his feet illustrates his high level of athleticism and helps him dominate defensive linemen.

“He starts on the basketball team. He started as a sophomore,” Gilleran said. “So that tells you he’s pretty athletic to play basketball. I think basketball helps his ability to move like he does. It helps his feet nimble but also makes him move more in space. Because of that, I think his athleticism will make him a really good offensive lineman because you block those real athletic kids you go against.”

Jessup’s frame should be able to handle more weight over the next two seasons in high school and beyond.