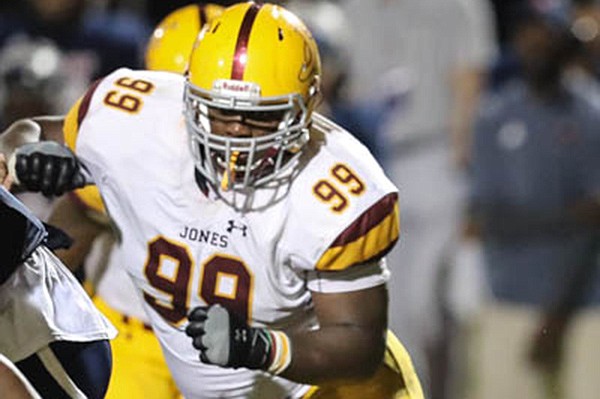 Arkansas impressed one of the nation’s top junior college defensive linemen during a recent virtual tour.

“i did one with them early last week and I was really liking what I saw,” Jalen Williams said. “I really liked the facilities and the staff looked very friendly and I felt like they could develop me very well.”

“They're always letting me know how badly they want me to come down and how they care about me as a person also, not just as a player," Williams said, "and thats something I appreciate.

“(LeBlanc) a very real down-to-earth person that's gonna be for real with you and make sure you do what's best for you. He cares about you as a person, not just a football player.”

Williams was named second-team all-conference by the Mississippi Association of Community & Junior Colleges as a freshman last year when he recorded 28 tackles, 4 tackles for loss, a sack and 2 quarterback hurries. He has been named to the JCGridiron.com preseason defensive tackle watch list.

He also excels in the classroom where he was named Academic All-MACJC.

Williams plans to graduate in December. He said the NCAA dead period that was implemented March 13 has complicated his recruitment and decision-making process.

“It will be a very hard decision but I would just have to choose off the information I have right now,” Williams said.

Williams said Arkansas is one of his top four schools and he might announce his college decision soon, "maybe sometime this or next week."