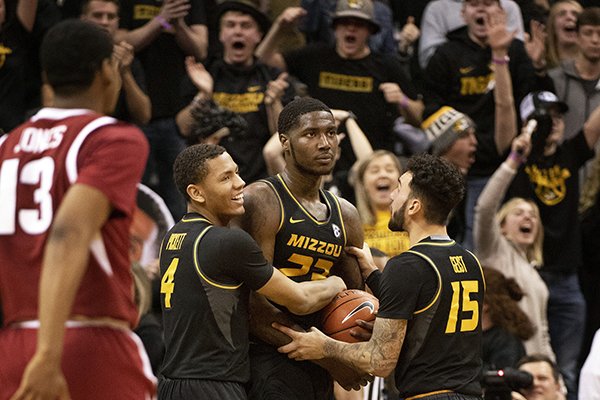 COLUMBIA, Mo. — Missouri basketball players Xavier Pinson, Mitchell Smith and Jeremiah Tilmon Jr. withdrew from the NBA draft Friday and will return to the Tigers for the upcoming season.

Pinson started 31 games as a sophomore last season, averaging 11.1 points while shooting 40 percent from the field. Smith will be a fifth-year senior after the 6-foot-10 senior average 5.1 points and 4.9 rebounds. Tilmon also will be a senior has has averaged 8.9 points and 4.9 boards over 81 games in his career.

Coach Cuonzo Martin's roster will have 11 players that are juniors or seniors, the most in the Southeastern Conference and third-most among all Power-5 programs. They will have just one true freshman on the roster this season.