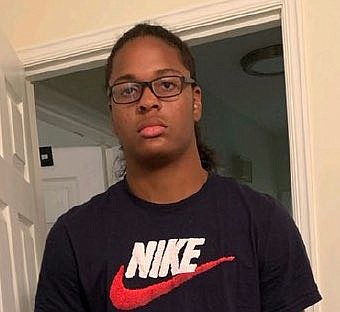 The Razorbacks have extended offers to several prospects in the area and junior defensive back Cameron Epps received one from Arkansas on July 16.

“It’s an SEC school,” Epps said. “It’s a big stage you’re playing on and (I like) Arkansas specifically because Coach Odom is a great coach and great guy.”

“As a kid, I always dreamed about going to college and playing football and being recognized on a big stage,” said Epps, who has a 3.3 grade point average.

His father, Don Walton, was able to get to know Odom at Missouri and thinks highly of him.

“He didn’t treat those guys like recruits. He thought of them like his own children and he took a lot of great pride in what he did for those kids at Mizzou,” Walton said. “They were very, very grateful to have a guy like him.”

Epps feels most comfortable at cornerback but also believes he can play safety.

He recorded 53 tackles, 15 pass breakups, 2 interceptions, 2 forced fumbles, one recovered fumble, one sack and only allowed one touchdown as a sophomore.

Epps, who is cousins with former Arkansas running back Ronnie Wingo Jr., looks more like a linebacker on the high school level. That doesn’t go unnoticed by opposing receivers.

“Their eyes get big,” Epps said. “They’re not use to seeing a corner my size. I can cover and I’m real aggressive.”