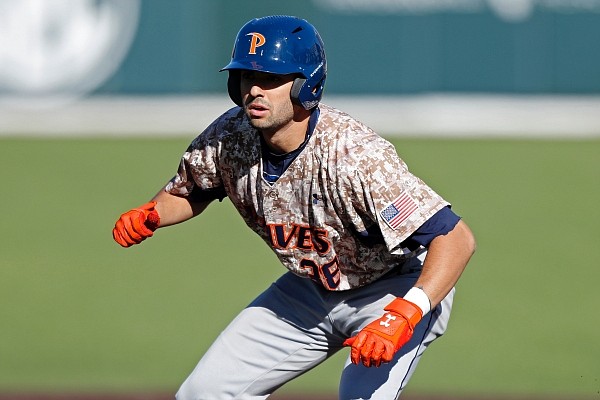 FAYETTEVILLE — Arkansas baseball received a commitment from a junior college catcher on Sunday.

Charlie Welch, who played the shortened 2020 season at St. John’s River (Fla.) State Community College, announced in a post to his Instagram account he would be joining the Razorbacks for the 2021 season.

The Razorbacks signed graduate transfer catchers A.J. Lewis of Eastern Kentucky and Robert Emery from San Francisco in May when it appeared Casey Opitz, a two-year starter for the Razorbacks at catcher, would be selected in this year's MLB draft. Opitz was not drafted, however, leaving a logjam at the position.

Welch's announcement came one day before Lewis confirmed he had signed a free-agent contract with the Colorado Rockies organization. Emery agreed to a minor-league deal with the San Francisco Giants on June 24.

Welch (5-10, 200 pounds) batted .280, hit four home runs and drove in 17 prior to the 2020 season being canceled because of the covid-19 pandemic. He was set to play at San Jacinto (Texas) College, a junior college power, next season before committing to Arkansas.

A native of Clearwater, Fla., Welch began his college career at Pepperdine, where he appeared in 26 games and made 24 starts as a freshman. He finished the 2019 season with a .211 batting average and 10 RBI.

He hit a grand slam in his first at-bat against Cal State Bakersfield and also finished with two three-hit games, one coming against Vanderbilt.

Welch was rated the 52nd-best catcher in the country and No. 7 catcher in Florida in the class of 2018, according to Perfect Game.