Batty about baseball: Musselman’s love for the game goes way back 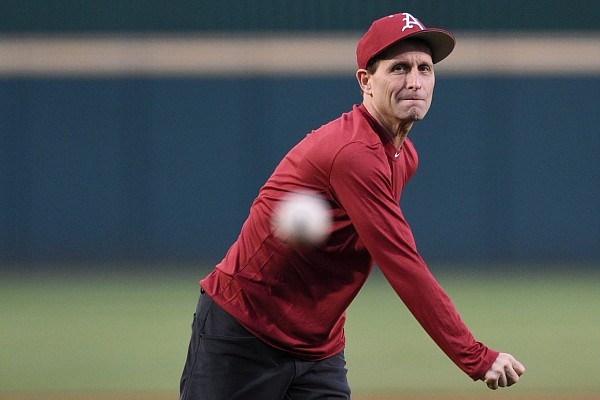 FAYETTEVILLE — The San Diego Chicken – also known as Ted Giannoulas – wanted to buy the bat Reggie Jackson used to hit two of his three home runs in Game 6 of the 1977 World Series.

Several years after Jackson’s epic power display carried the New York Yankees to an 8-4 victory over the Los Angeles Dodgers to take the Series 4 games to 2, Giannoulas tracked down the bat’s owner.

“I don’t remember how much the San Diego Chicken offered me, but it didn’t matter,” Eric Musselman said of the famous mascot who has appeared at thousands of sporting events in his colorful costume. “I turned him down. The bat isn’t for sale – at any price.”

The bat is now in the Fayetteville home of Musselman, the University of Arkansas head basketball coach. 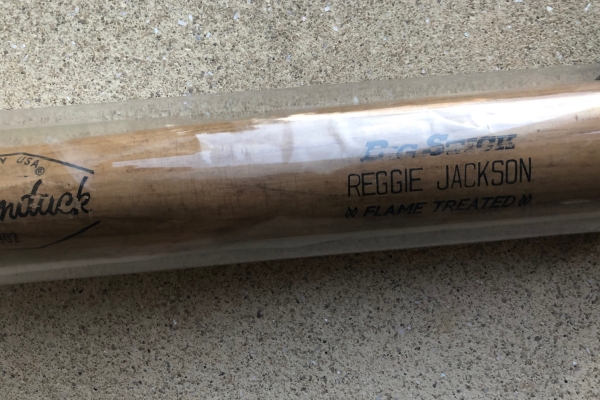 Musselman’s life revolves around basketball and his family, but he has a passion for baseball as well, and a remarkable number of connections to the national pastime.

“I love reading about baseball, I love watching games,” Musselman said. “I know a lot of people think it’s slow, but I love it.”

Musselman, 55, said he came into possession of Jackson’s historic bat about a month after the 1977 World Series ended. He was 12 years old.

The story starts with Bill Musselman, Eric’s father and a long-time professional and college basketball coach, being friends with Yankees Manager Billy Martin.

“I used to go into the Yankee clubhouse with my dad,” Musselman said. “That was an incredible experience for a young kid.”

Bill Musselman also became friends with Don “Boot” Buttrey, who happened to be best friends with Yankees catcher Thurman Munson. They grew up together in Canton, Ohio.

Buttrey was a frequent visitor to the Yankees’ clubhouse and became a favorite of team owner George Steinbrenner.

Washington Post columnist Ken Denlinger wrote that Jackson offered the only more enduring memory of the 1977 World Series than Buttrey.

“‘Boot’ was a 300-pound guy that chewed the ends off of beer cans,” Eric Musselman said. “Everybody in Ohio knew about him.”

Musselman said Buttrey was in the Yankees’ clubhouse celebrating with Munson after Game 6 when he grabbed the bat Jackson used to hit two of his three home runs.

Who was going to argue with a 300-pound guy who chewed off the top of beer cans?

“Then ‘Boot’ ended up giving me the bat,” Musselman said. “Pretty cool.”

Another connection the Musselman family had to baseball was Dave Winfield, the Hall of Fame outfielder who led the University of Minnesota to the 1973 College World Series, but also played basketball for Bill Musselman and helped the Gophers win the Big Ten championship in 1972.

Winfield began his major league career in 1973 with the San Diego Padres. 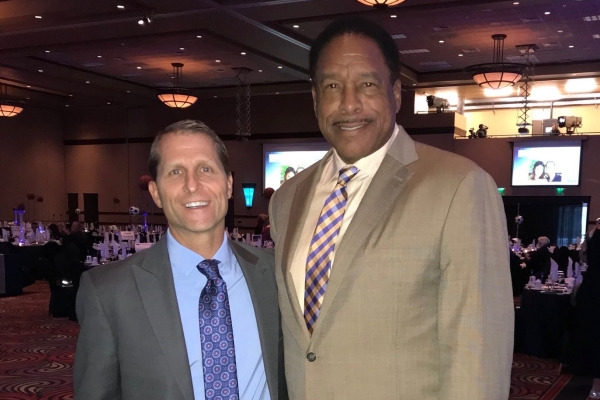 Ballard Smith, who became a close friend of Bill Musselman, took over as the Padres’ general manager in 1979. He was married to the daughter of Padres owner Ray Kroc, the founder of McDonald’s.

The Padres had four managers in a three-year span from 1977-79 when Smith became the general manager.

According to a story in The Athletic that ran in June and looked back at the hiring of Jerry Coleman as the Padres’ manager after the 1979 season, Kroc told Smith he was tired of recycling old managers and wanted a fresh approach to the job.

Bill Musselman, The Athletic reported, told Smith that he should hire Musselman as manager.

Musselman soon would be hired as coach of the NBA’s Cleveland Cavaliers, but at the time he was between jobs.

At Wittenberg College in Springfield, Ohio, Musselman was a catcher on the baseball team as well as playing basketball.

“My dad actually proposed the idea to Ballard Smith, ‘Hey, why don’t you hire me to be the manager?’ “ Eric Musselman said. “My dad was dead serious.”

Smith instead hired Coleman, the Padres’ radio broadcaster and won four World Series titles with the Yankees as a player.

Coleman spent only the 1980 season as manager before returning to the broadcast booth.

The Padres finally got some consistency at manager with Dick Williams and in 1984 won their first National League pennant with a team that featured former Arkansas outfielder Kevin McReynolds along with Tony Gwynn, Steve Garvey, Garry Templeton, Craig Nettles and “Goose” Gossage.

Musselman worked for the Padres that season in a part-time job he held for four years from 1983-86 while he was playing basketball at the University of San Diego.

“I started a customer relations complaint department for the Padres,” Musselman said. “Any complaint that happened during the game came to me. 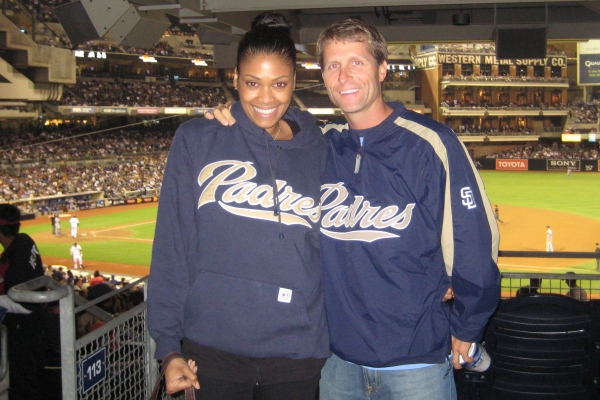 “Whether it was parking, a firecracker in the toilet, people mad about the concession line being too long, no beer.

“I would get the complaint, and I had to take it to different departments to get them to take care of whatever mess was happening.”

Among Musselman’s best friends is Phil Nevin, the No. 1 overall pick in the 1992 MLB Draft who is now the third base coach for the Yankees.

Last Friday, after the Yankees opened the season with a 4-1 rain-shortened victory over the Washington Nationals the previous night, Musselman texted back and forth with Nevin while lifting weights.

“Phil was talking about playing with no fans and he said it was kind of weird,” Musselman said. “But he said that once the game got going, it was all about competition.

“Then he talked about their stud pitcher [Gerrit Cole]. We talked for about an hour.”

Musselman was coach of the NBA’s Golden State Warriors in 2003 when he met Nevin, who was playing for the Padres.

San Diego General Manager Kevin Towers, a friend of Musselman’s, came to Los Angeles to visit Musselman and watch the Warriors’ preparations for the Lakers.

“Kevin and Phil were working on a new contract,” Musselman said. “Kevin told Phil he was driving up to Los Angeles to see our pregame prep, and Phil said, ‘I’ll ride with you.’

“I guess they were renegotiating his contract on the two-hour drive up the 5 Freeway. They both came in and listened to our pregame prep, and then from there me and Phil just became buddies.”

The friendship continued in Reno, Nev., where Musselman coached the University of Nevada and Nevin was manager of the Class AAA Aces.

Musselman said he is good friends with T.J. Bruce, Nevada’s baseball coach, and that he’s a big fan of college baseball as well.

A few days after Musselman’s hiring at Arkansas in April of 2018, he was on the mound at Baum-Walker Stadium throwing out the first pitch before the Razorbacks played Mississippi State.

Musselman said his favorite movie is “Moneyball,” which is based on a book by the same title. The book and movie are about the Oakland A’s 2002 season and how General Manager Billy Beane embraced analytics to help a team that was supposed to be rebuilding have a 103-59 record.

“After ‘Moneyball’ came out, analytics spread from baseball to all sports,” Musselman said.

Beane and Musselman were neighbors in Danville, Calif., and during the 2003 season Musselman went to the Oakland Coliseum to shag fly balls with the A’s. Terry Francona, an Oakland coach at the time, helped Musselman get set up to practice.

Bruce Bochy, who as San Francisco’s manager led the Giants to three World Series titles, also is a Musselman friend. Bochy played for the Padres when Musselman worked for the team. 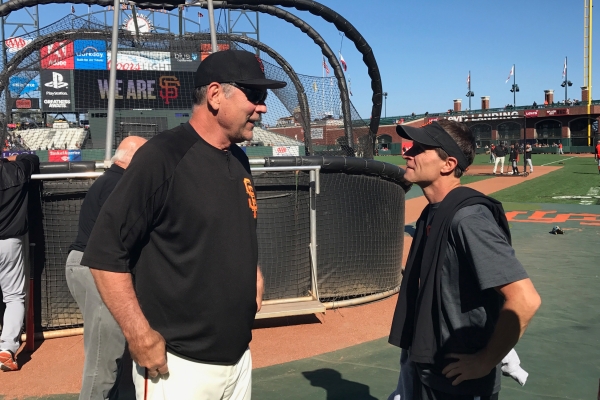 One baseball figure Musselman said he never became friends with is the San Diego Chicken.