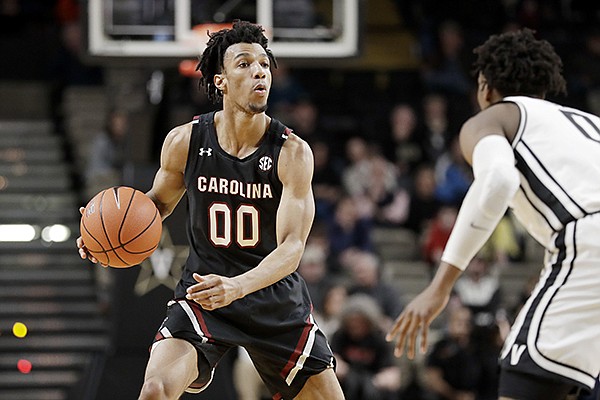 Lawson announced on social media Wednesday that he is withdrawing from the NBA draft. The 6-foot-6 guard from Toronto started all 31 games last year, averaging team highs with 13.4 points and 3.7 rebounds.

Lawson thanked the pro teams he met with the past few months and said he was excited to play another season at South Carolina.

Lawson put his name in the draft pool in April, but did not hire an agent giving him the option to return.

The coronavirus pandemic, that ended South Carolina's season before the Southeastern Conference Tournament, pushed back the NBA draft along with the deadline for college players to decide whether to go back to school.