NCAA to allow players to support causes with uniform patches 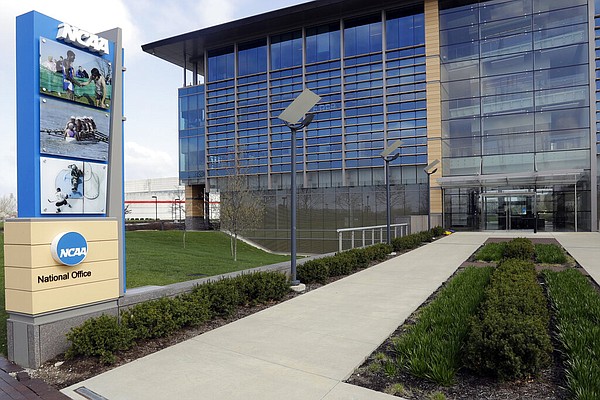 FILE - In this is an April 25, 2018, file photo, NCAA headquarters in Indianapolis is viewed. College sports programs are already being cut and more are likely on the chopping block. The coronavirus pandemic has triggered fears of an economic meltdown on campuses around the country. The cancellation of the NCAA men's basketball tournament cost schools $375 million and more losses are expected, especially if football season is disrupted in the fall. (AP Photo/Darron Cummings, File)

The NCAA announced Thursday college athletes in all sports will be permitted to wear patches on their uniforms to support social justice issues.

The NCAA says patches can be worn on either the front or back of the uniform to "express support and voice their opinions."

The patch on the front must not exceed 2¼ square inches and must be placed on the front or sleeve of the uniform. Not all team members are required to wear a patch, but team members must wear identical patches.

The NCAA says players will also be permitted to replace the name plates on the backs of uniforms with "names/words intended to celebrate or memorialize people, events or other causes."

The NBA is permitting its players to replace the names on the backs of the jerseys with phrases and words intended to support social and racial justice causes.